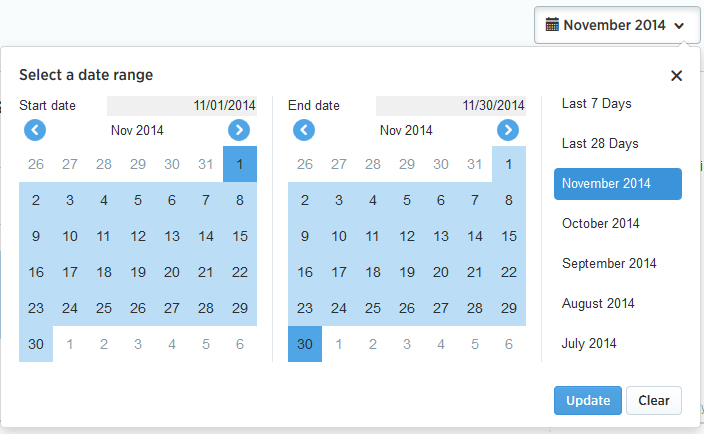 The date range button has preset options, such as last 7 days, last 28 days and the five most recent calendar months.  You can also select the date range directly from the displayed calendar too.

The new button appears to the left of the “Export Data” button – which was previously the  “Download CSV” button – on the top right when you login to Twitter Analytics.

While Twitter Analytics isn’t nearly as robust as other Analytics tools, it does offer some great data that isn’t available any other way, such as which tweets you made resulted in a new follower, and where on a tweet someone clicked – such as whether they clicked to expand a Twitter card – and how many impressions each individual tweet received.

Google has released a brand new version of the Quality Rater Guidelines, the third one this year.  … END_OF_DOCUMENT_TOKEN_TO_BE_REPLACED