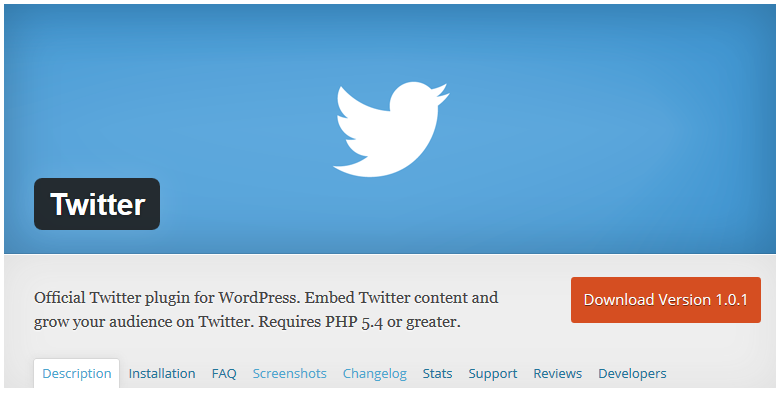 If handing over credentials to your Twitter account for a WordPress plugin has you feeling a bit squeamish, you will be happy to know that Twitter has finally released their own official Twitter plugin.

This actually surprising that it has taken so long for Twitter to release their own plugin. Many anxious for an official Twitter plug-in to allow them to integrate Twitter without having to give up their login information to one of the third party plugins.

This Twitter plugin does have some nice features added which are not included in many third-party plugin, including Twitter Analytics integration and Twitter ads conversion tracking. It also adds customization to allow users to customize the background and color schemes in order to complement the website.

While many people are very excited that Twitter has finally released this, it remains to be seen whether this particular plugin will become popular and replace some of the other social sharing plug-ins that bloggers have been using.

It is unfortunate, however not surprising, that there is a lack of support for other social platforms. This means that most bloggers will probably install both this one and an alternative social sharing plug-ins that covers the remaining social media platforms, such as Facebook and Pinterest.

Google has released a brand new version of the Quality Rater Guidelines, the third one this year.  … END_OF_DOCUMENT_TOKEN_TO_BE_REPLACED