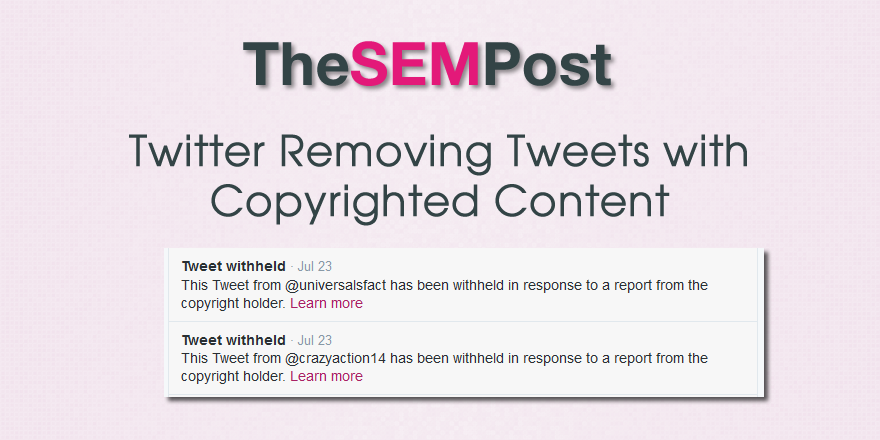 The Verge broke a story that a freelance writer was filing multiple DMCAs against a multitude of Twitter handles for tweeting out the same “joke” she had tweeted previously.

The tweet in question was “saw someone spill their high end juice cleanse all over the sidewalk and now I know god is on my side”, which she tweeted out earlier this month.  Her account is now protected, so we can’t link to the tweet anymore, but here is the screenshot. 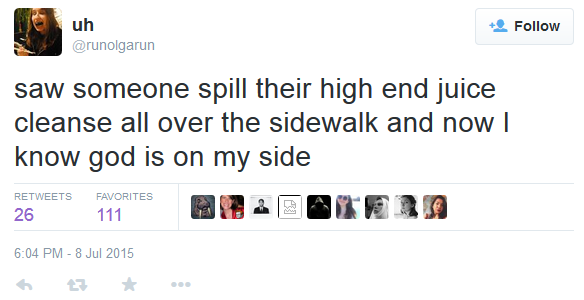 The tweets were removed with the notice of “This tweet from @____ has been withheld in response to a report from the copyright holder.  Learn more.”

She has actually used Twitter’s DMCA to remove many more of her tweets, so it isn’t just a case of her wanting to remove a single joke.  Here is another tweet she used the DMCA on to have removed:

Twitter user Olga Lexell filed the DMCAs with Twitter to remove all tweets containing “saw someone spill their high end juice cleanse all over the sidewalk and now I know god is on my side”, which she tweeted on July 9, 2016.  According to the Verge, she commented on Twitter:

I simply explained to Twitter that as a freelance writer I make my living writing jokes (and I use some of my tweets to test out jokes in my other writing). I then explained that as such, the jokes are my intellectual property, and that the users in question did not have my permission to repost them without giving me credit. 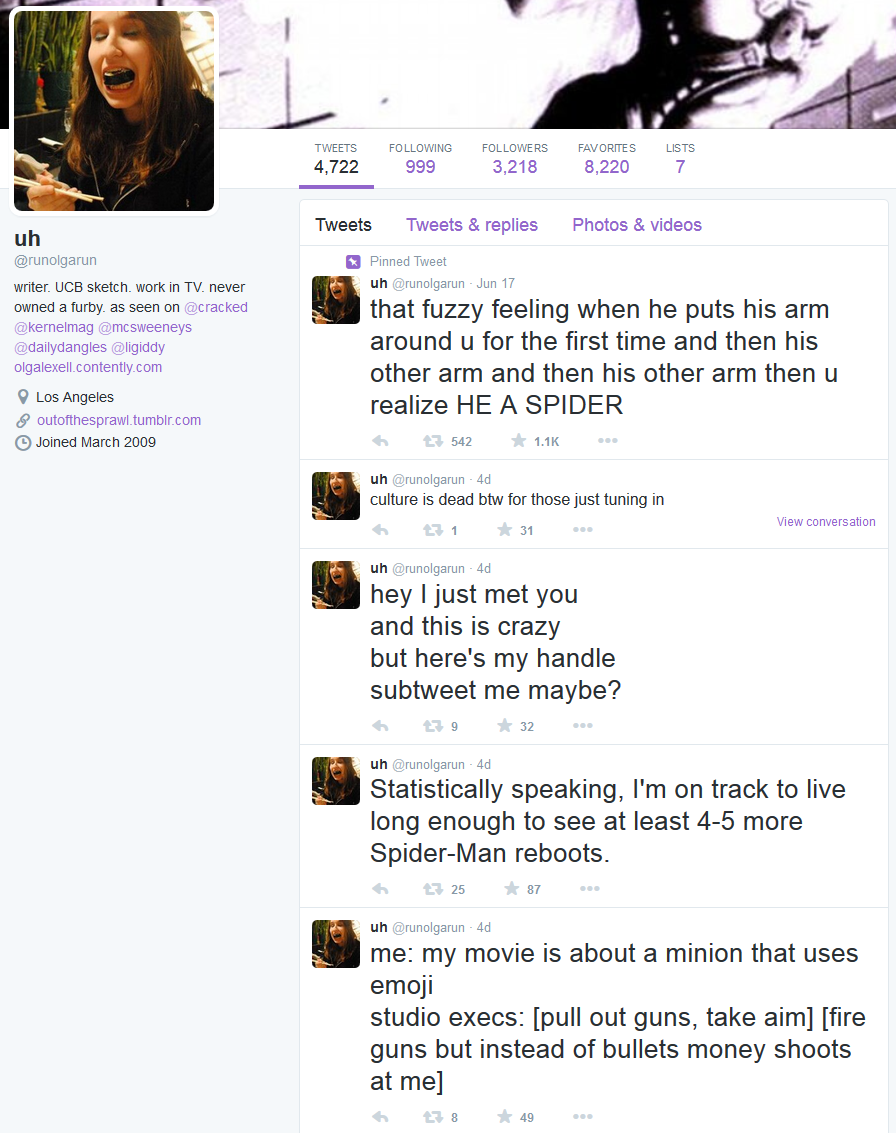 As you can imagine, many on Twitter began tweeting out the identical or similar tweets once the news broke that she was using it as a way to see many tweets removed.

While Twitter has had their DMCA form available for quite some time, we haven’t seen examples of someone using it to this extreme where they want every mention of their tweets removed from the platform, which some are calling fair while others are calling it far too aggressive.  But the fact remains that Twitter felt these tweets were viable for removal on copyright infringement grounds.

Will this be the slippery slope where suddenly everyone starts filing DMCAs with Twitter for stolen tweets?  And what about retweets that are done with “RT @___ <insert original tweet” format?  Or those sharing inspirational quotes from other sites/sources?  This will definitely be something to watch.

We finally have the first Google Quality Rater Guidelines update of 2022, and like usual, it is … END_OF_DOCUMENT_TOKEN_TO_BE_REPLACED