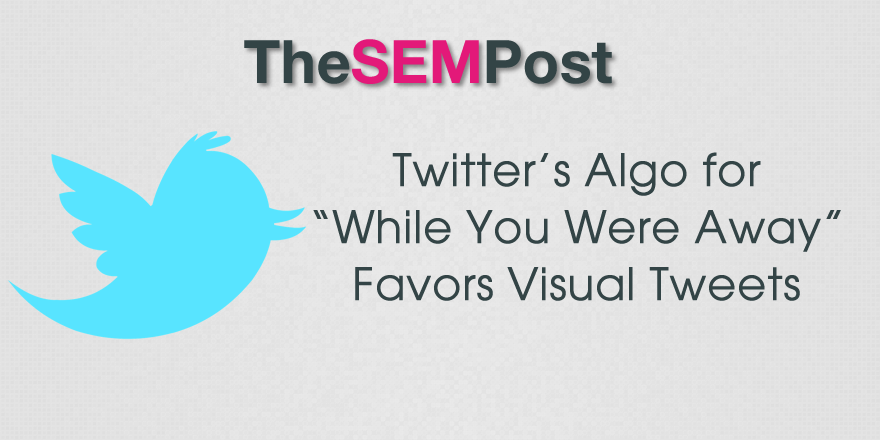 If you have a lot of followers who might only check into Twitter once every day or two, you might want to consider posting more visual content.  The “While You Were Away” feature tends to favor visual-based tweets over purely text tweets when it chooses what to display.

Twitter recently made the change to display “While You Were Away” when a user hasn’t been on Twitter recently, and chooses to display some of the “top” content from what was in your stream.  And I kept noticing that most of the tweets displayed were images.

Google began testing the “while you were away” feature back in January before pushing it live to iOS.  They later released it for Android and desktop.

Here are a couple examples of “While you were away” with mostly visual content.

And another one from a week ago. 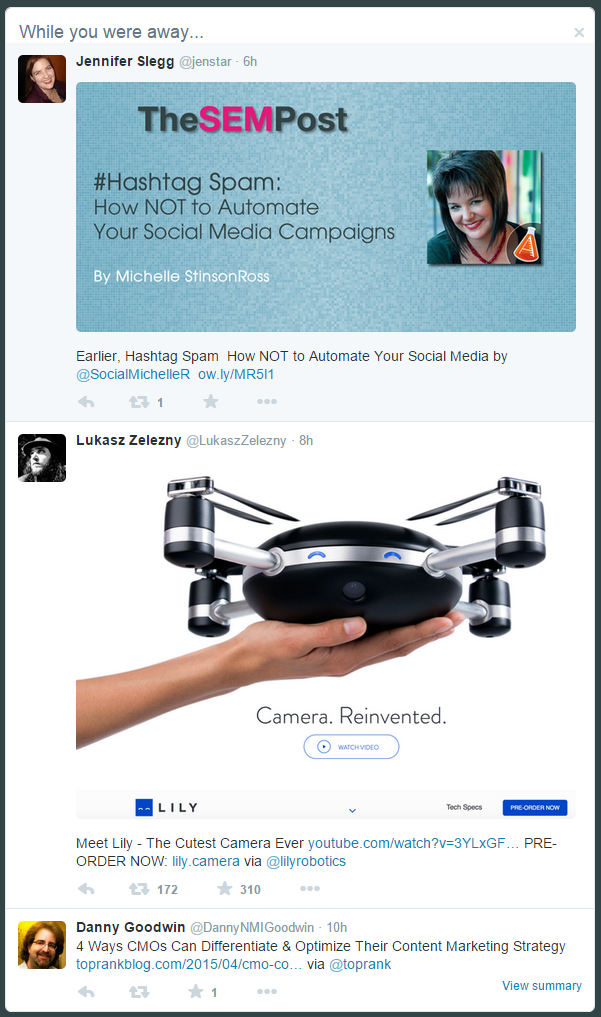 I’ve noticed this on iOS as well, with visual content also being favored.

It makes a lot of sense for marketers to ensure they are posting at least a couple of tweets with images or videos included to increase the odds that their tweets do appear when Twitter displays the “While you were away” featured tweets.  It will definitely help increase tweet visibility if it is chosen for even a small percentage of users.

We finally have the first Google Quality Rater Guidelines update of 2022, and like usual, it is … END_OF_DOCUMENT_TOKEN_TO_BE_REPLACED