You are here: Home / Google / Use Sitemaps for Sites With Many Hreflang Annotations 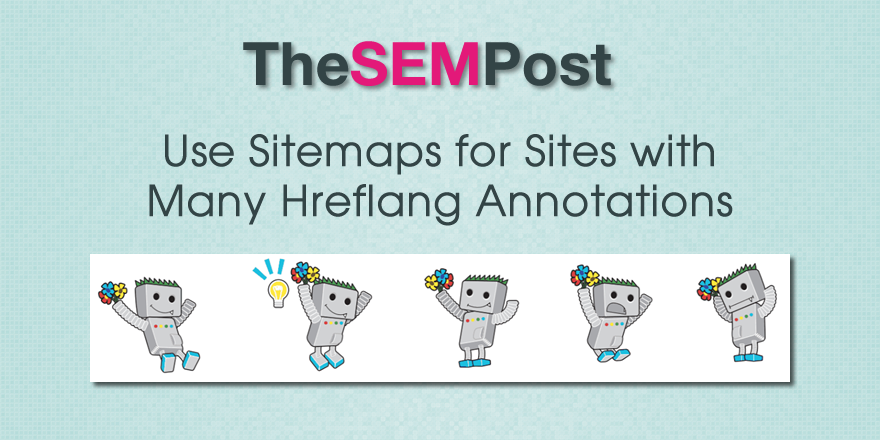 If you have a large international site that has many hreflang annotations on each page, you might want to consider moving those annotations to a sitemap instead.

The question came up on Twitter about the use of multiple hreflang tags on the same URL, with an example of ten different EU countries on it for hreflang.  John Mueller from Google suggested that while there is no limit on the number of annotations per page, it might make more sense to use a sitemap for hreflang instead.

Google has lots of documentation on hreflang, including sitemaps specifically, although they don’t list a specific guidelines for at what point using a sitemap makes more sense.  But using sitemaps can make it easier to manage, especially as new languages and/or countries are added to the site.

An added bonus is that moving sites with many hreflang annotations per page means that it will reduce the page size and potentially reduce load speed as well, for those sites that are struggling to improve speed scores.

No limit. For a large amount of hreflang entries, you probably want to use a sitemap though. pic.twitter.com/H0qo38GPIH

Google has released a new version of the Google quality rater guidelines, a year after the last … END_OF_DOCUMENT_TOKEN_TO_BE_REPLACED