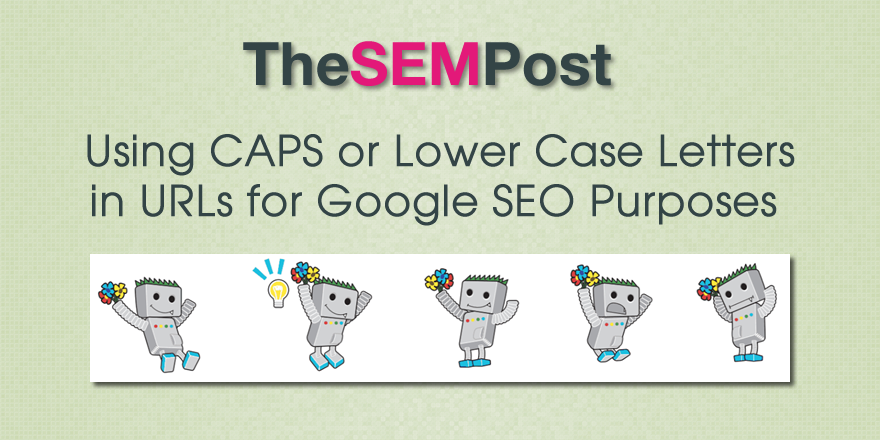 Many SEOs have debated over the years about whether they should ever use all CAPS, or even any capital letters, in a URL.  While capital usage in URLs has fallen out of favor in recent years, some sites continue to use them exclusively.  But what about the SEO impact of the choice of upper or lower case characters in the URL?

John Mueller from Google answered a question about this on Twitter, and whether it would be considered bad for SEO or not.

URLs are case-sensitive, but pick whatever case you want.

So Google doesn’t consider letter case in itself as an SEO issue, but you should keep it consistent across individual URLs, because Google considers URLs to be case-sensitive.  This means, if you have the same page accessible and indexable (without canonicals) as example.com/PAGE.html and example.com/page.html, Google could crawl both those URLs and the one you want to be ranked may not be the one Google chooses.  You could also end up splitting ranking signals between the two pages.

That being said, many feel that URLs that utilize upper case letters or all CAPS, with the exception of the domain name itself for style reasons, can look messy.  And if it is a URL someone might type into a browser, most would default to entirely lower case, rather than using capital letters, something that might be important for those who do offline marketing too.

We finally have the first Google Quality Rater Guidelines update of 2022, and like usual, it is … END_OF_DOCUMENT_TOKEN_TO_BE_REPLACED