You are here: Home / Google / Video Games Latest Vertical to Get Carousel in Google Search Results 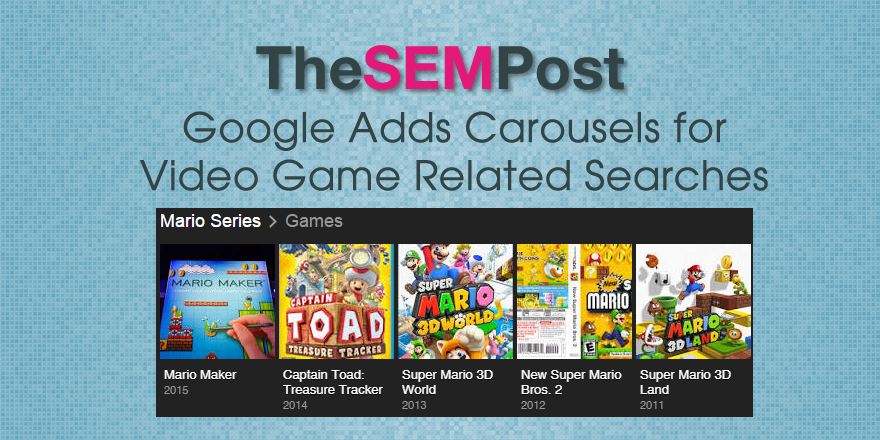 Google has now added video games into the list of verticals that will result in a carousel at the top of the Google search results.

Clicking on one of the links then results in the carousel still being displayed, but then it changes the search results to be related to the game title clicked on (for example, clicking on “Super Mario Bros.” resulted in Google performing the search for “super mario bros games”.  It also spawned a knowledge graph for the video game. 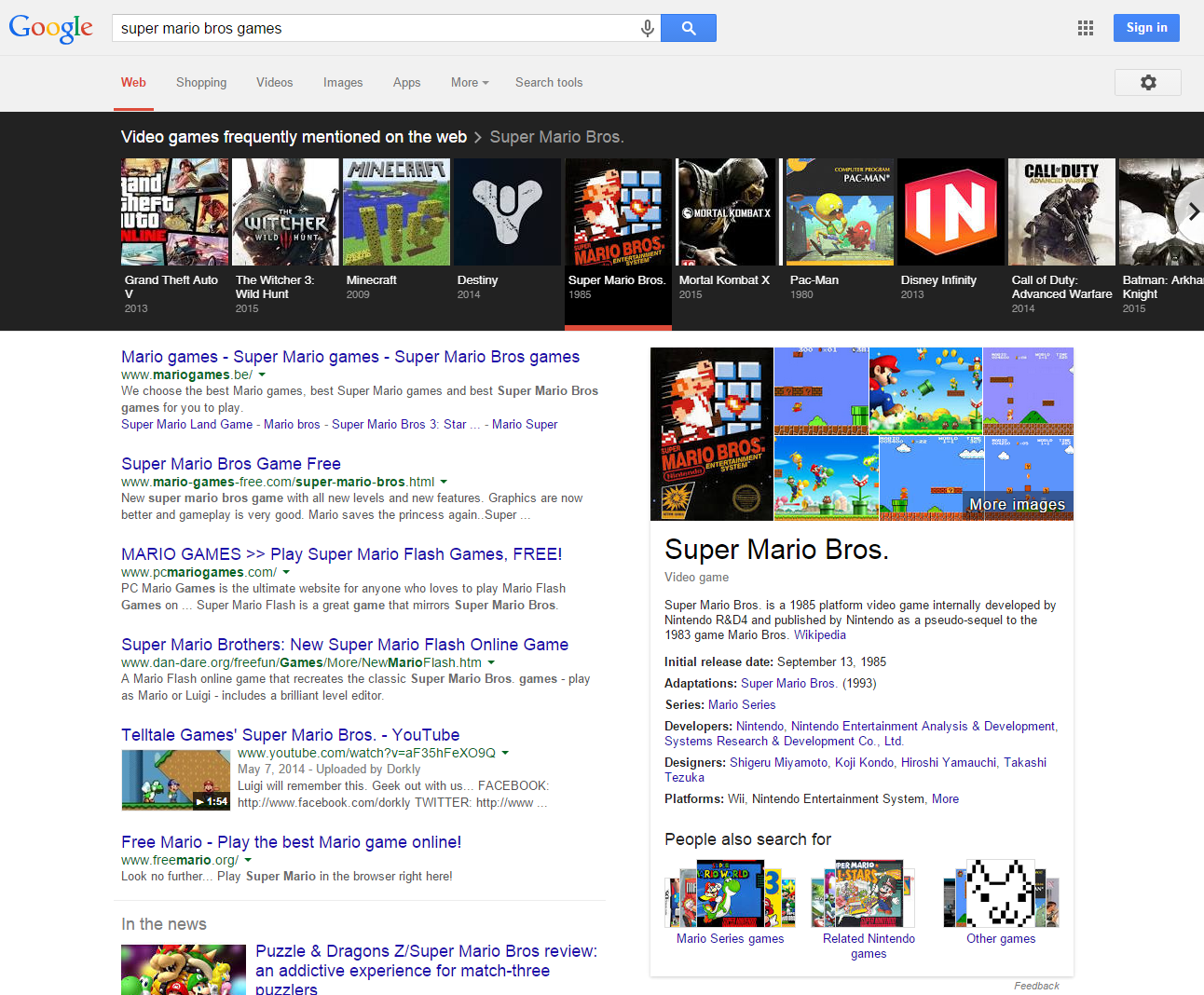 Old school video games aren’t the only ones listed.  The Witcher, which was released today, was also including, showing that Google is updating in real time. 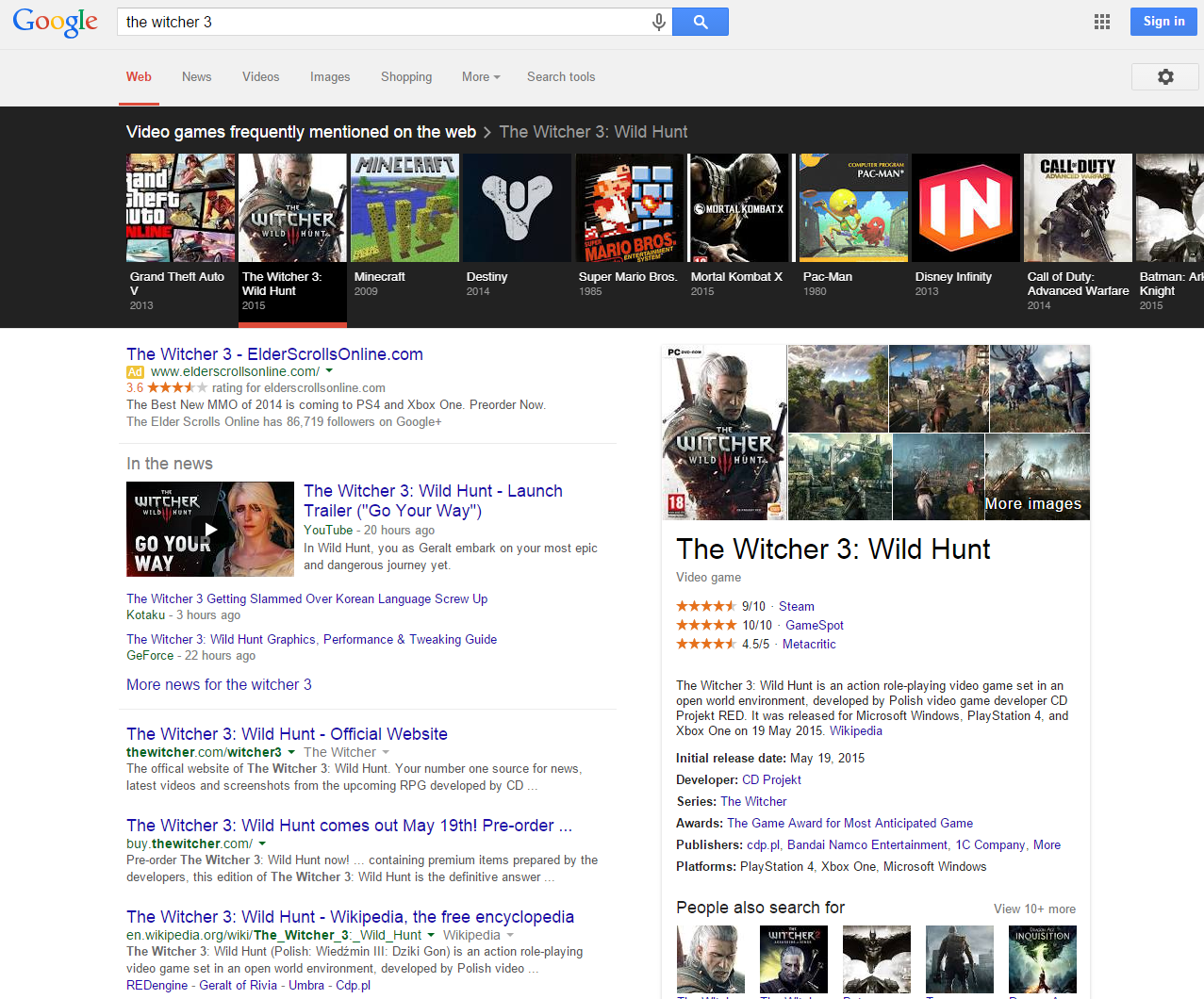 Google added knowledge graphs for both video games and some video game characters last year, but the addition of the carousel is new.

Searching for individual game series also spawns a carousel related to the games.  Google will display a carousel at the top of the search results, with the games listed in chronological order starting with the latest game first.  Here is an example when searching for “Elder Scrolls games.”

Same with “Super Mario games”, and they also include games where Mario isn’t the title character, such as Captain Toad.

For gamers, this is a nice addition to the search results.

While Google has moved away from carousels for local searches, they have been popping up with increasing regularity in other search results.  They recently added carousels to book related searches and we have seen them in the entertainment verticals as well.

Google has released a new version of the Google quality rater guidelines, a year after the last … END_OF_DOCUMENT_TOKEN_TO_BE_REPLACED