You are here: Home / Google / How YouTube Will Enforce the No Sponsor Overlays Rule 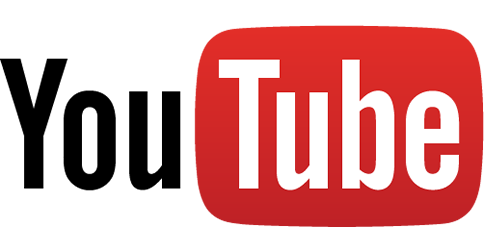 YouTube video creators of them quite concerned ever since YouTube made the change that would prevent video creators from brokering outside sponsorships that would include an overlay of the sponsors logo want their video, and less that sponsor purchases an ad package directly from Google.

This obviously has many YouTube creators concerned. Many have been using private sponsorships as a way to cover their video costs and is a cross promotion technique, but now those videos can no longer be in compliance with YouTube’s new rules.

Google has decided to take a “look the other way” approach the situation. They are not going to actively search for videos that are not in compliance with their new policies, however they will look at videos that someone lodges a complaint about. And of course, on YouTube could always change their stance – particularly if their own ”sponsorship” style ads do not either perform well or they fail to get enough advertisers on board.

One unfortunate thing about YouTube’s stance on the situation is that any of your competitors can now report you for your noncompliance in regards to sponsorship overlays, even if YouTube isn’t actively searching for those videos that are now in violation of the policy.

That said, if you want to look at it from another perspective, you can also report your own competitors that are doing it, if you want to throw YouTube’s policies at them. And yes, we will definitely see this as being a problem.

It is very likely that YouTube will be more aggressive on this policy the future, meaning any current videos with sponsorship overlays with no longer being compliance. So even if you do decide to create new videos that would be in violation – which you could possibly get away with for quite some time, it would be a smart move to just create two versions of the video at the same time, one with the sponsorship overlays and one with a less obvious sponsorship angle on it, that way if it is ever disabled for having the sponsor overlay, you can quickly replace it with another one that is in compliance with minimal downtime.

Digiday spoke with an anonymous source from Google, and the source said that brand related hashtags are perfectly fine to use within a video. Likewise, video creators are free to include brand logos as long as they are not paid by that brand. This raises that a gray line where we could see more videos where the creators attempt to hide any relationship it may have with the brand, so they are not running afoul of YouTube’s policies.

Bottom line, YouTube isn’t going to be hunting down for these types of noncompliant videos, but if you suspect competitors may reports you for this overlays, you might want to start planning your replacements.

Google has released a brand new version of the Quality Rater Guidelines, the third one this year.  … END_OF_DOCUMENT_TOKEN_TO_BE_REPLACED