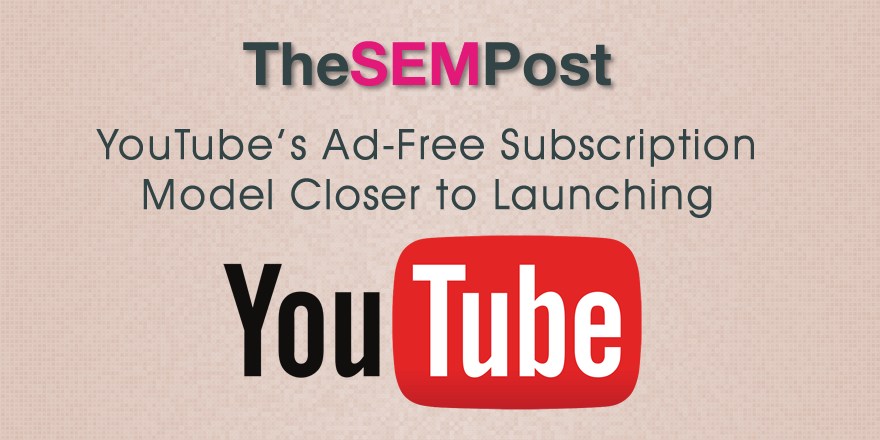 It appears that the long-rumored YouTube paid subscription model is getting close to launching, with YouTube video creators receiving a new email from the company detailing new upcoming changes to the terms that prepares for the new subscription model.

The paid subscription model, initially believed to include multiple levels, is know believed to be a single pricing option that covers both an ad-free YouTube as well as a YouTube Music Key, for $10 per month.

Re/code reported on the upcoming launch and the new terms video creators must agree to.

A blast email from YouTube to content owners, telling them they have to agree to new terms by Oct. 22 or their “videos will no longer be available for public display or monetization in the United States,” helps support that timeline.

It was over a year ago when rumors of the ad-free subscription option began circulating.

Combining the two services – Music Key plus ad-free YouTube is smart.  With many longing for an ad-free YouTube, it also introduces those users to the Music Key service, something they might not have been aware of otherwise.

Google has released a brand new version of the Quality Rater Guidelines, the third one this year.  … END_OF_DOCUMENT_TOKEN_TO_BE_REPLACED