You are here: Home / Google / 3 Ways Google’s Alphabet Shift Is Bringing About Changes 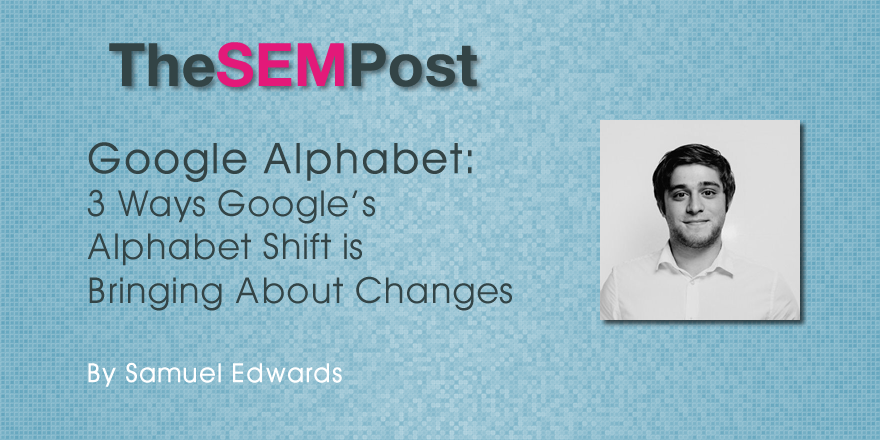 Google’s decision to restructure as part of the parent company Alphabet came as quite the surprise to many in the tech industry. Seeing this technology giant segmenting itself and completely overhaul the organizational structure of the business may have some asking what these changes mean and how they may affect the general public. While the true results of this move likely won’t be seen for years to come, here’s what we know so far.

The Splitting of Google’s Empire

By making this change, Google is sectioning off the various differing aspects of its venture into two camps: Google and Alphabet. According to Lehar Maan of Reuters, Google will retain the traditional Google-esque parts of the business, like the web search and advertising aspects. On the other hand, Alphabet will now be the parent company for Google’s other ventures like driverless cars and their home automation segment, Nest. By making this change, Google is hoping to better focus each company on the work it does best rather than having too many cooks in one gigantic kitchen.

While this split in Google’s enterprises could pave the way for future ventures, one that Dan Diamond of Forbes points out is healthcare. By separating Google’s web-based business from its other modern ideas, Diamond states that Google is positioning itself perfectly to step into the health care ring.

Although this may seem a bit out there to some, Diamond reminds readers that Google has already started making progress toward advances in healthcare with ideas like a cancer-detecting pill, a biomarker map for the human body, and more. However, only time will tell if Google and Alphabet will become a major player in the healthcare arena.

The change in Google likely has many investors concerned about how this split will affect their Google stocks and shares, and rightfully so. However, Alyssa Newcomb of ABC News assures investors that Google’s decision to become Alphabet will have no effect on traders.

Newcomb explains that previous Google shares will now be converted into Alphabet shares automatically, requiring nothing on the part of the investor. These shares will continue to be traded as GOOGL or GOOG. What will change, however, is the reporting of these shares. Quarter four will show investors two parts to the financial report for Google—one for Alphabet and one for Google. The Alphabet figures will be reported as a whole while the Google figures will be broken out from those Alphabet figures, resulting in just a small change for Google’s current investors.

With the change to Google, we can be expecting to see a lot more changes coming from the Google and Alphabet camps in the next few years. But as for now, changes in Google shares, a potential emergence in the healthcare industry, and the basic splitting up of Google’s portfolio are what the public can count on.

Online Media Strategist at Tenthwave Digital
In my 4+ years as a digital marketing specialist, I have learned the ins and outs of online marketing. I have worked with countless local businesses as well as enterprise Fortune 500 companies and organizations including: NASDAQ OMX, eBay, Duncan Hines, Drew Barrymore, Washington, DC based law firm Price Benowitz LLP and human rights organization Amnesty International. Additionally, I am a recurring speaker at the Search Marketing Expo conference series. Today I continue to work with and establish SEO, PPC and SEM campaigns across all verticals.

Google has released a new version of the Google quality rater guidelines, a year after the last … END_OF_DOCUMENT_TOKEN_TO_BE_REPLACED