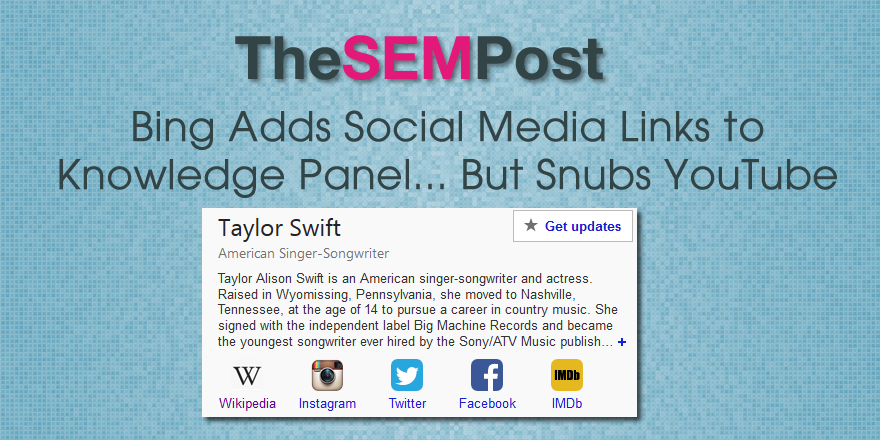 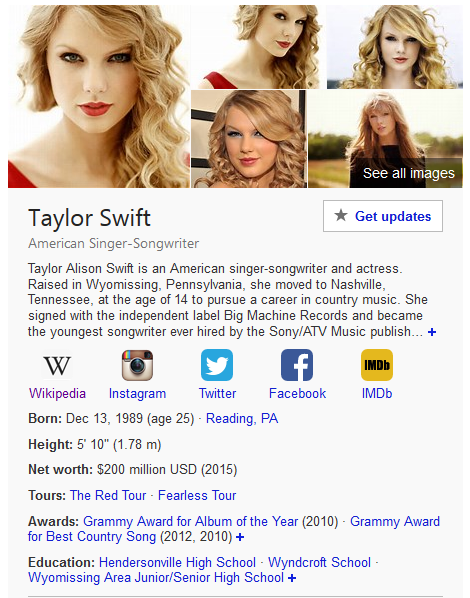 Here is another example: 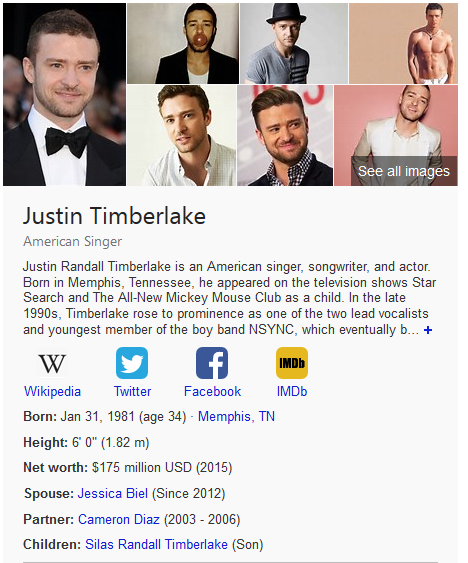 Now when you compare Justin Timberlake’s knowledge panel from Bing with the one from Google, you see that Bing has omitted both Google+ and YouTube, which are Google properties, as well as MySpace – although to be fair, Timberlake is a co-owner of MySpace (really). 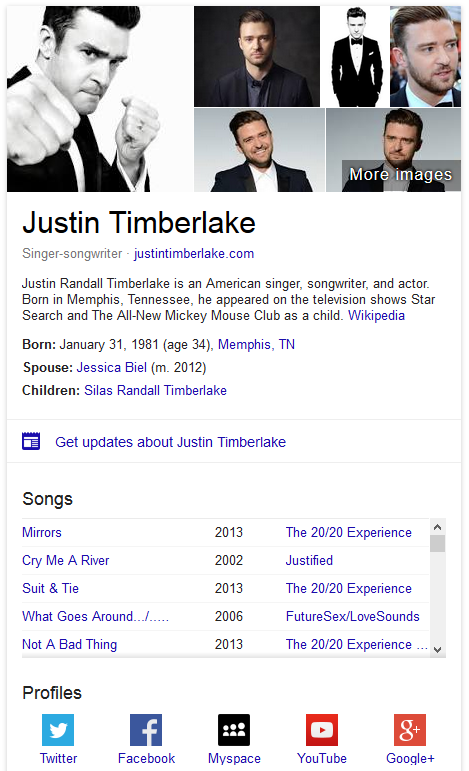 Here is Taylor Swift’s Google knowledge panel, and you can see that Bing is also omitting Tumblr, which is a Yahoo property. 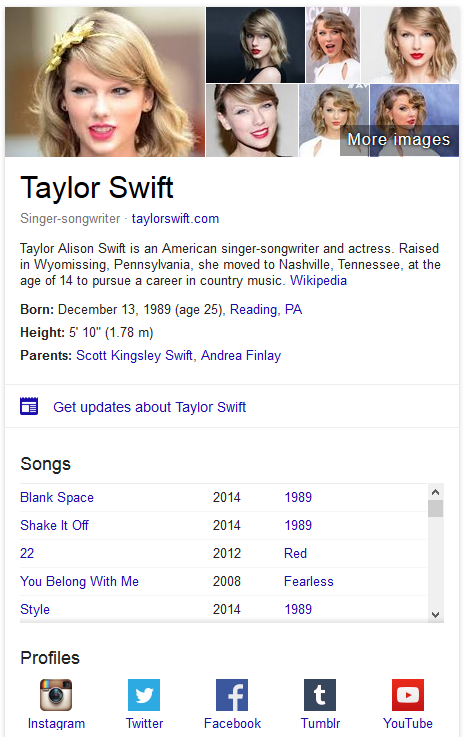 While one could argue Tumblr, MySpace and Google+ might not be big enough to warrant a profile link, the omission of YouTube is quite spectacular and definitely seems deliberate, especially for those celebrities who are in the music industry.

However, they do have the ability to show YouTube as one of the social links – they just choose not to in the vast majority of cases.  The only cases where they seem to show YouTube links is when the person in question is really only known for being a YouTube personality, without much of a social presence outside of YouTube.  Case in point: 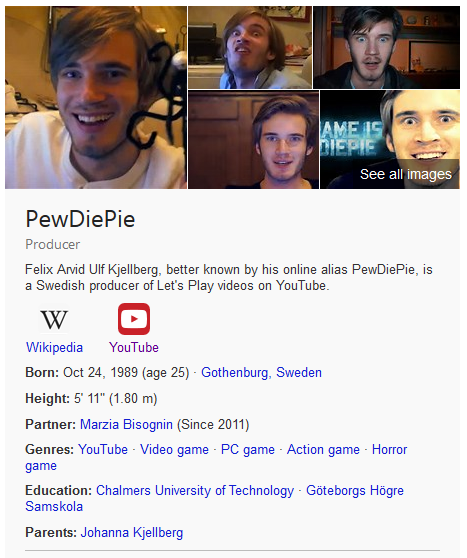 So why not show the knowledge panel with YouTube for celebrities that also have a massive YouTube presence but aren’t only known as being a YouTube celebrity? 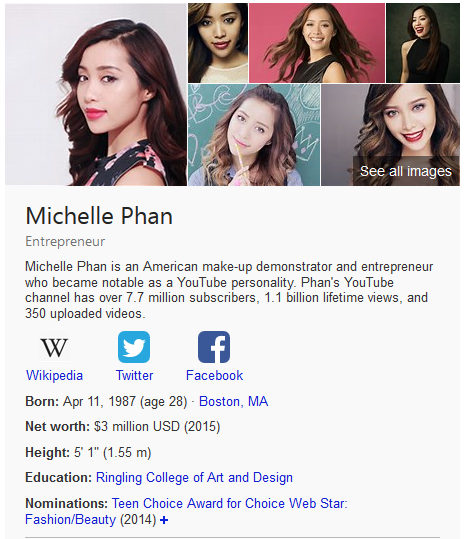 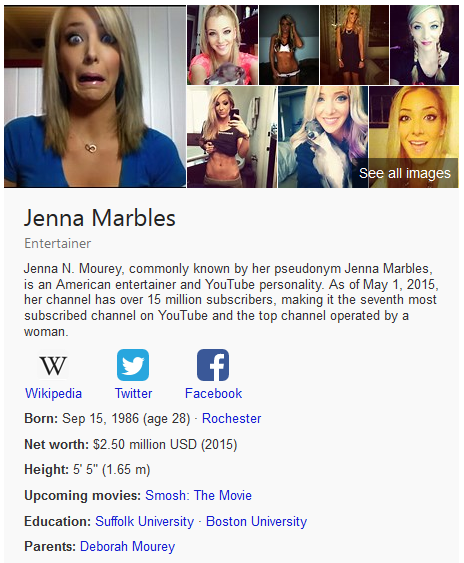 In fact, PewDiePie was the only one I could find with a YouTube link, but he was also the only one that didn’t have any other social links such as Twitter or Facebook to display. 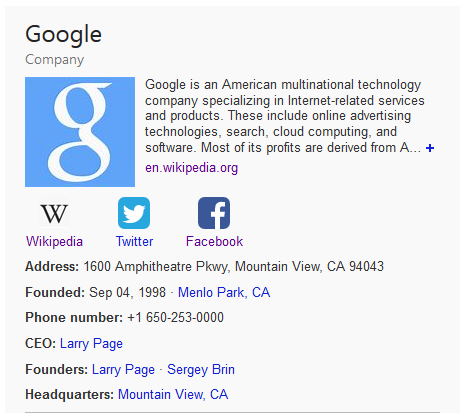 The same holds true for other brands too.  Disney, which is the top brand on YouTube, doesn’t have a YouTube link. 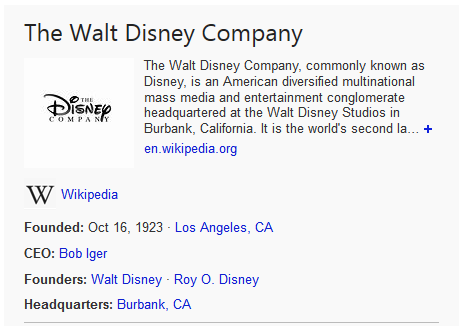 In fact, none of the top brands on YouTube have a YouTube link in their knowledge panel, although they do have a variety of other links included, depending on the brand.

Is Bing deliberately excluding promoting Google’s YouTube?  Because Bing clearly has the ability to show it based on the PewDiePie example, the fact it is omitting it from many other social profiles, even for those people who are known for being YouTube celebrities, is pretty telling.

Is it a markup issue?  Since all of the examples above show the YouTube link in Google, it would seem that isn’t the problem.

Is it because YouTube is owned by Google?  That would be the logical reason why it is excluded.

Google has released a brand-new Google quality rater guidelines, coming close to a year after the … END_OF_DOCUMENT_TOKEN_TO_BE_REPLACED