Bing has begun showing the most recent Facebook post made by a company when displaying the company’s knowledge graph.

Here is an example where Bing is displaying Target’s most recent Facebook post in their knowledge graph. 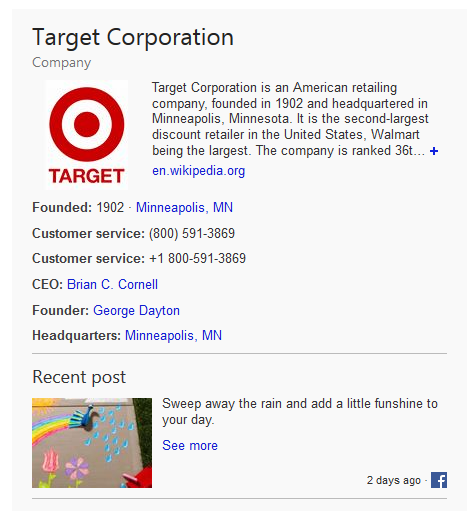 And here are a few more examples. 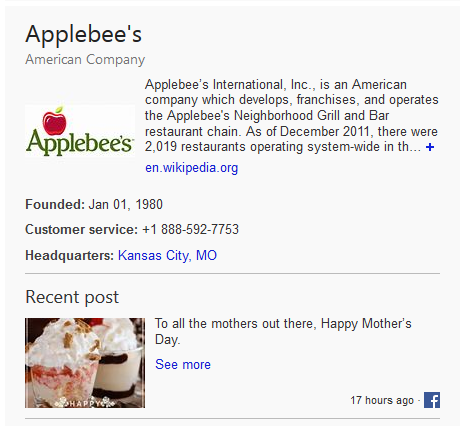 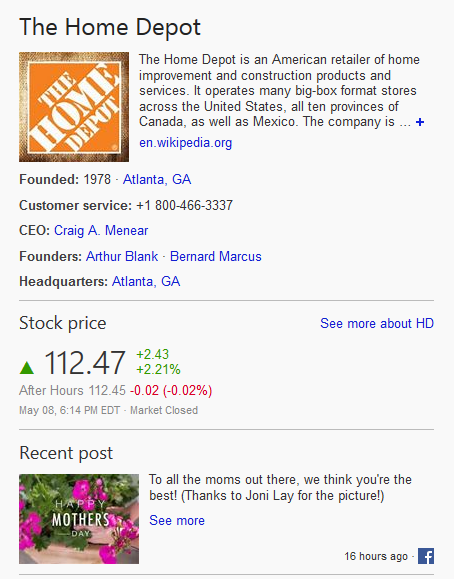 It is interesting that Bing is giving this prominent placement to Facebook, especially consideirng Bing and Twitter have a deal, and Bing could just as easily be placing tweets in that spot.  They seem to exclusively use Facebook in this particular position, if it displays at all.

Bing has also done deals with Facebook, most notably providing Facebook with translation features for posts in a language other than the one the user has set as their preferred language, however Facebook has alternately dropped them and reused them, and also asked for feedback amongst users who were using the feature.  But Facebook also dropped Bing as their search results provider last December.

It also mimics the spot that Google uses in their knowledge graphs, but which highlights Google+ posts instead when a company is displayed with a knowledge graph.

Bing has definitely been stepping up with social media in their search results.  Last month they added a “Trending on Social Networks” section to search results that had a lot of Facebook and/or Twitter posts.

Not all brands are displaying the Facebook post at this time, and they don’t always seem to display, even for the same query, so it could be part of a test they are running.

Google has released a new version of the Google quality rater guidelines, a year after the last … END_OF_DOCUMENT_TOKEN_TO_BE_REPLACED