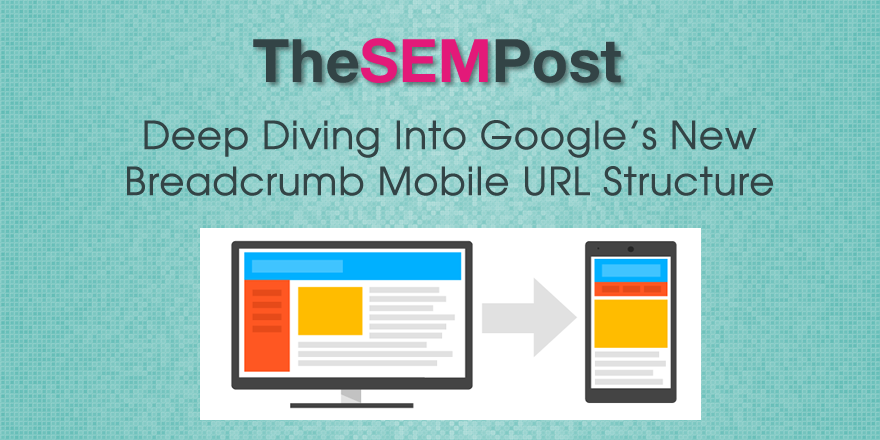 We first noticed Google testing them at the start of the month, although at that time it had a slightly different structure than the one Google went live with.

There is not a lot of uniform in the breadcrumb styles we are currently seeing, which could be a mix of both missing or added schema as well as popular, recognized sites may get their site name without schema.  However, I expect it will eventually move to a more uniform look as schema is adopted by more sites.  The new URL structure is supported by schema markup for both the site name and breadcrumbs.

Here is an example where we see a mix of both site name and site URLs, as well as some site name titles next to the URL in grey text.  The text name in grey is nice except for the fact it causes the remaining breadcrumbs to be truncated. 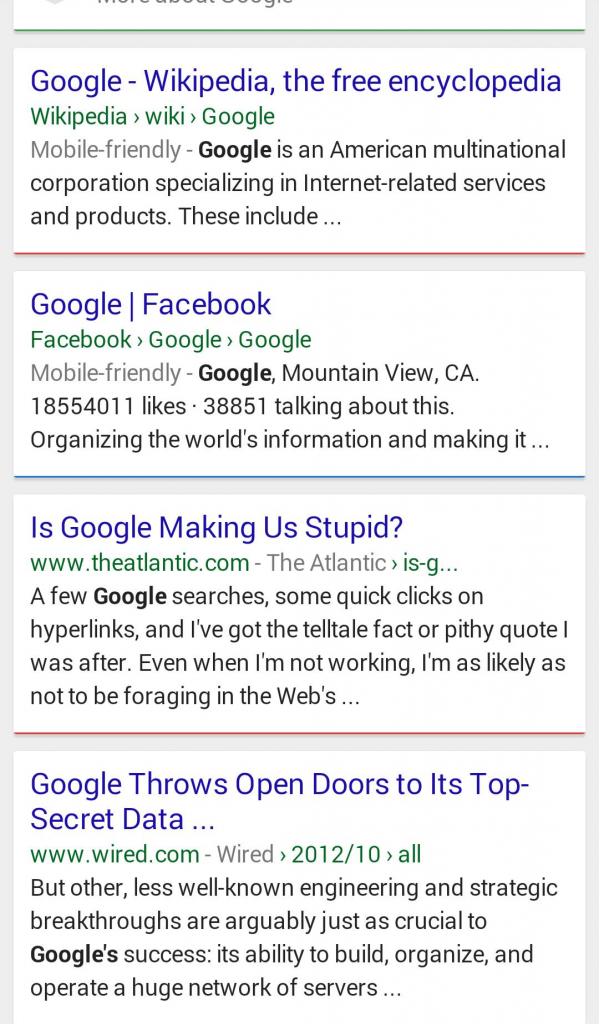 Another example of the duplicated grey site name, but these ones are URLs and not the site name. 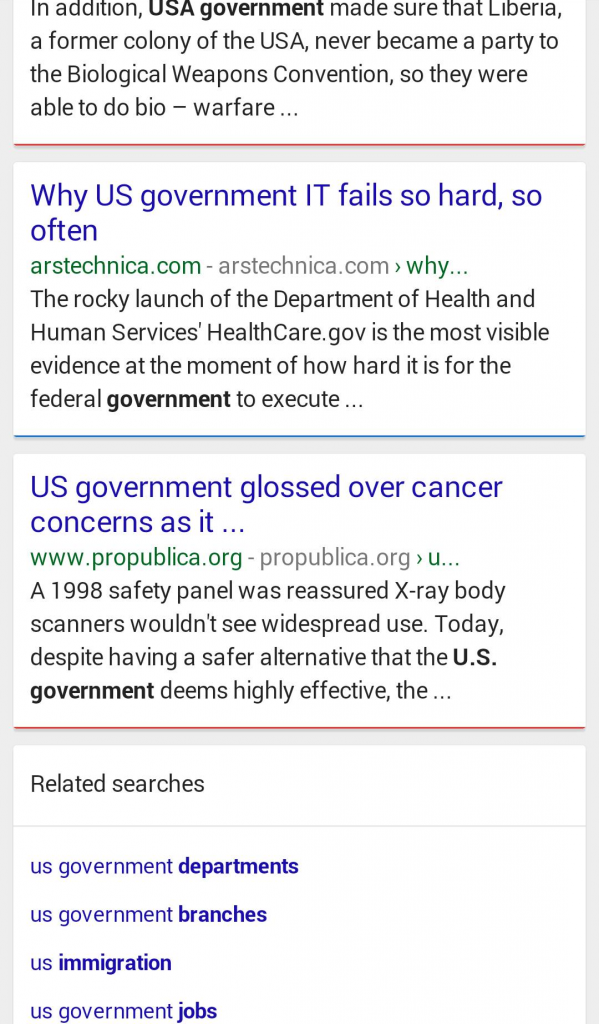 Here is another example where we see a mix, including a curious duplicated of .gov.  But as you can see when there is no further breadcrumb beyond the site name, the green site name completely stands that particular result out from the rest of the sites listed. 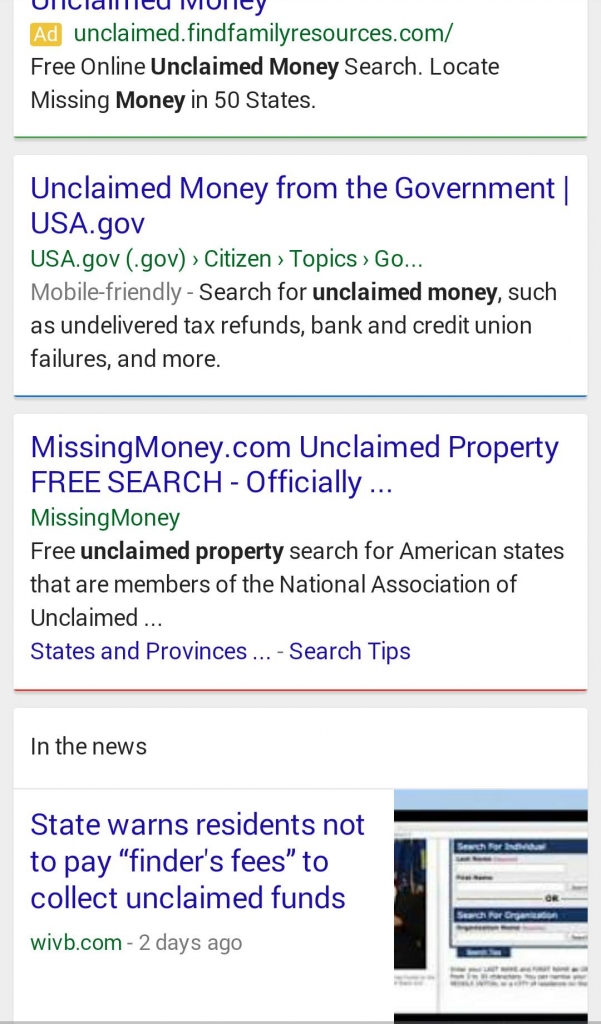 And another example where hopefully sites adopting the schema markup will fix some of these less helpful breadcrumbs. 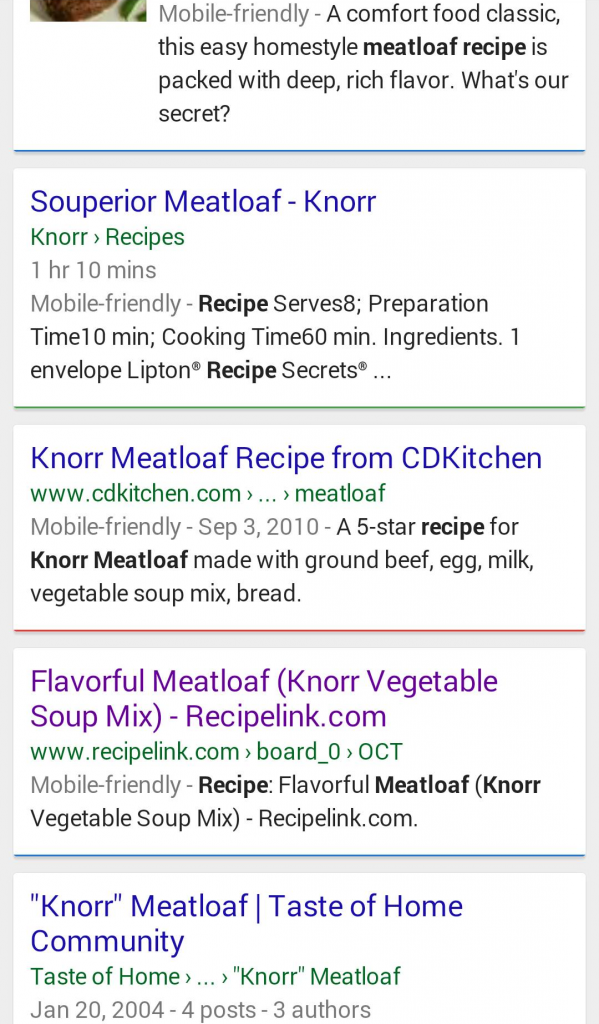 I suspect we will see some SEOs taking advantage of the breadcrumbs in order to influence users to click their own links over other sites in the search results.  We have seen breadcrumb in desktop search, although they don’t seem to display to all users.

It also raises the question about whether or not the name of the site itself could be spoofed.   However, Gary Illyes from Google says that it shouldn’t be spammable.

@amjathkhanj @sengineland You mean, you're asking me if it can be spammed? 🙂 To the best of my knowledge there's no highlight anymore w/ BC

Personally, I like the breadcrumb style they were testing that still retained the site name in www.example.com before switching to breadcrumbs, but then SEOs tend to be more suspicious of search results than most 😉

Here is how they were testing it earlier this month: 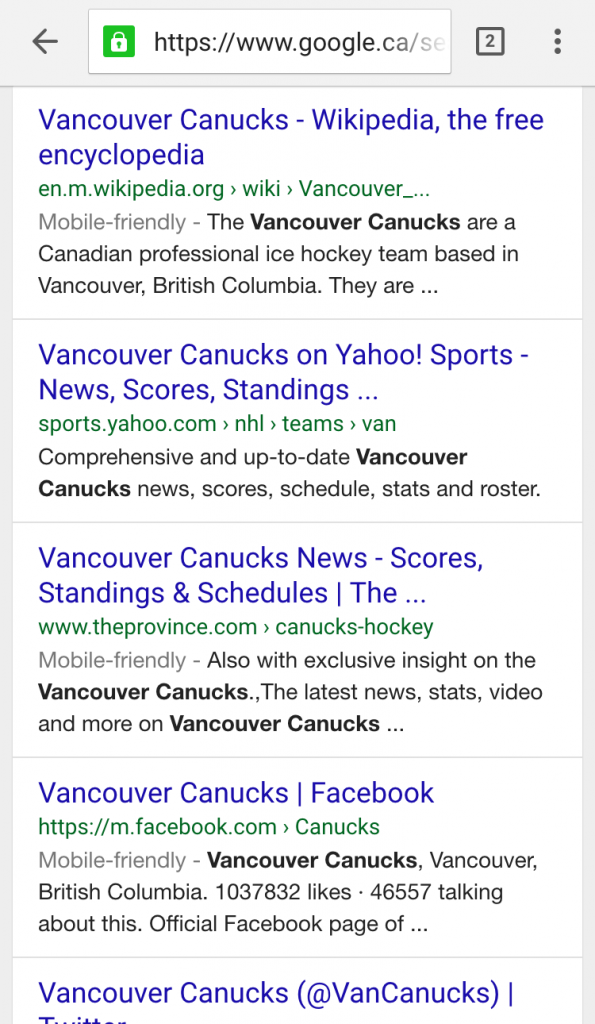 The breadcrumb change I think is a good move overall.  It helps searchers see with more detail the page they are potentially going to click on in the search results, and should help lower the number of times people have to click back because the page didn’t have exactly what they were searching for.  We should see the breadcrumbs cleaned up and become more useful as time goes on as well.

Thank you to Kristine Schachinger for new the screenshots.

Google has released a brand new version of the Quality Rater Guidelines, the third one this year.  … END_OF_DOCUMENT_TOKEN_TO_BE_REPLACED