Adobe Digital Index released their Global Digital Advertising Report for Q3 2014 and included many metrics that paint a pretty unhappy picture for marketers who are looking for organic exposure for posts made on their Facebook Pages.

Over the past 12 months, nearly every month has seen a decline, with two significant drops in both December 2013 and June 2014.

One of the results of the huge decrease in post impressions was that marketers began posting even more to try and compensate for it.  The media and entertainment industry were up 100% YoY for the number of posts while retail and finance industries saw 46% increase.

It also shows how low interaction is for many Page’s posts.  Retail saw a 13% increase in shares, comments and likes but it still only accounted for activity on about 4% of posts – and in other industries it was lower. 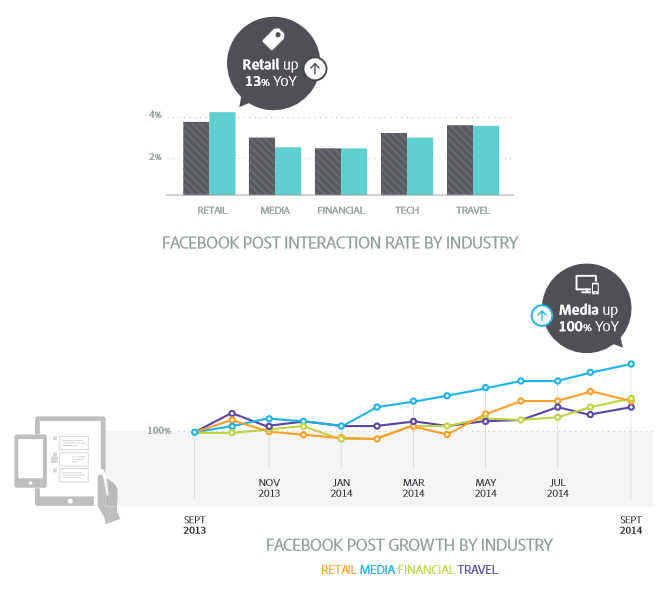 Here are the full statistics from the study.

Google has released a brand new version of the Quality Rater Guidelines, the third one this year.  … END_OF_DOCUMENT_TOKEN_TO_BE_REPLACED