Sometimes we wish we could erase a status update without having to remember to go back to it to delete it later.  Maybe you want to post at 1am to see if any friends are at the bar – but you don’t necessarily want your mother or boss to see it at 7am when they wake up.  Well, this feature may soon become a reality for users, as Facebook is currently testing a feature that allows users to specify an “expiration time” of status updates. 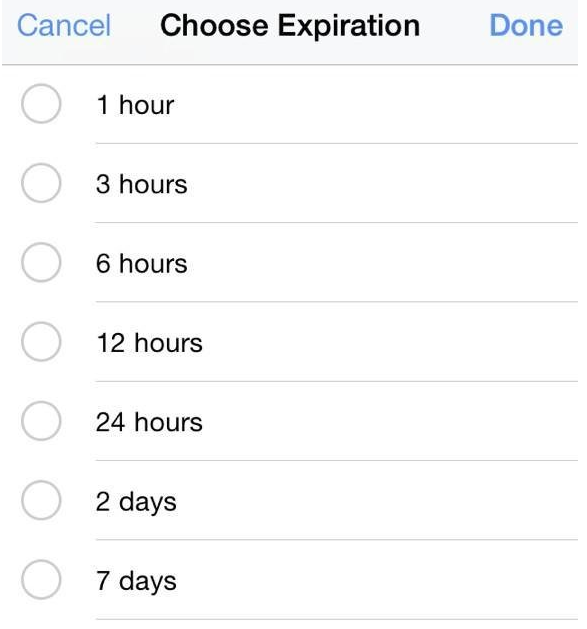 According to a statement given to TheNextWeb, Facebook said “We’re running a small pilot of a feature on Facebook for iOS that lets people schedule deletion of their posts in advance.”  However, Facebook notes that it could remain in backups and logs for up to 90 days, meaning it could still potentially be subject to a court order to obtain deleted status updates within the 90 days.

Many wonder if this feature is being introduced after Facebook Slingshot – a Snapchat clone – was believed to be prematurely released and didn’t gain a good reception from users, as Snapchat is build upon the premise of expiring content.

There is no word on how popular the expiring status updates is or whether it could be released to more users.  On the one hand, it reduces the overall updates on Facebook when you can set an update to automatically delete after a preset period of time.  However, I suspect many users will embrace this self destruct feature, as will Facebook Pages that can post sales or limited time deals, and not have to go back and remove them manually when the pricing is over.

Google has released a new version of the Google quality rater guidelines, a year after the last … END_OF_DOCUMENT_TOKEN_TO_BE_REPLACED