If you use a lot of rich media advertising on Facebook, you may want to rethink that strategy with some new changes Facebook has made with their ad targeting based on the user’s internet speed at the time they are served ads, also called bandwidth targeting.

While Facebook says they expect this to primarily affect foreign ad markets, there are definitely plenty of US-based Facebook users that aren’t running on a 4G connection, particularly in more rural areas of the US and other countries that tend to be served to a large extend by 4G connections.

The issue is when users who might be on a 2G or lower connection are served a video or rich media ad that might not be loading correctly simply because their connection can’t handle it.  This means a wasted impression for the advertiser and also means a poorer user experience for the person viewing their news stream who sees empty spaces where ads should be served.

It can also be used by savvy marketers looking to reach a specific audience based on their connection speed or what that network speed in certain companies might imply.

Paying attention to the details of how people are connecting can also help advertisers craft more compelling localized campaigns. For example, say a device manufacturer in the Philippines is launching a new model designed for first-time smart phone buyers. In order to reach people who may be ready to upgrade their phone, the manufacturer might want to reach an audience of people that use feature phones and also have access to a 3G or 4G network. 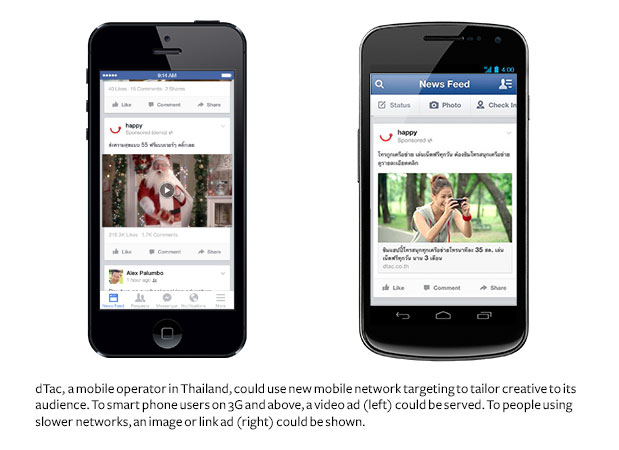 The technology is done on the fly, so an advertiser can serve a text or image ad to a 2G user while using rich media or a video ad for a 4G user.

The change is now live and advertisers can access this new targeting type through Ad Create tool, the Twitter Power Editor and the API.