You are here: Home / Google / Google: 5% of AdWords Ads Being Served with Green “Ads” Tag Globally 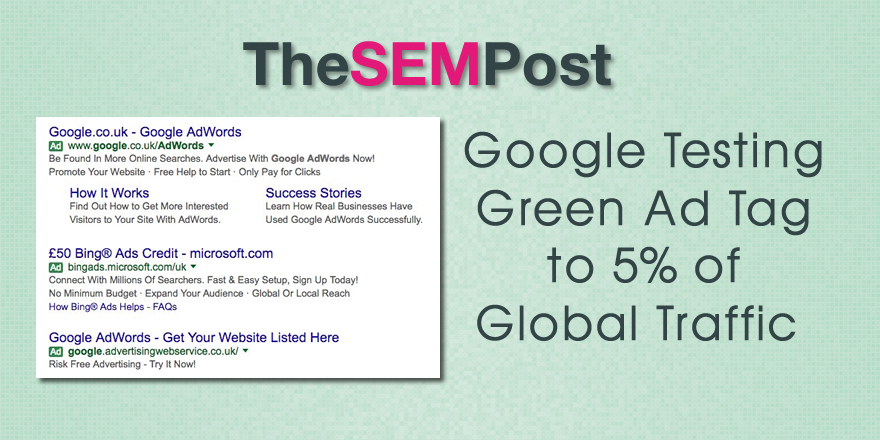 It looks like Google is testing their green “Ad” tag to a group far larger than their usual 1% test… in fact, Google is serving 5% of ads with the green “Ad” tag.  This is a significant amount of traffic being served with this new tag.

Google AdWords DE posted (in German) a response on Twitter about the test….

This is in fact a test phase, and at about 5% of global traffic the ads will appear in green 🙂

Here is how they appear: 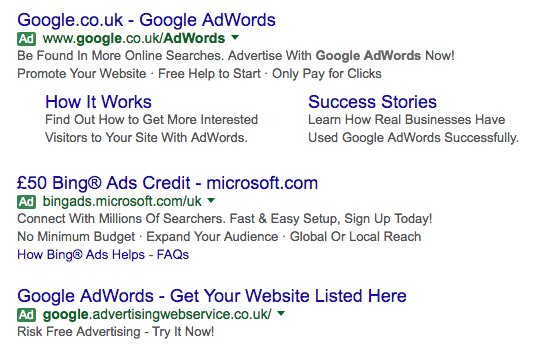 The ad tag in this test doesn’t stand out nearly as much as the usual yellow tag that Google uses, as the new green ad tag matches the color of the URL.  But 5% is a pretty significant test for any search result test Google does, so this might be a change that sticks around.

We finally have the first Google Quality Rater Guidelines update of 2022, and like usual, it is … END_OF_DOCUMENT_TOKEN_TO_BE_REPLACED