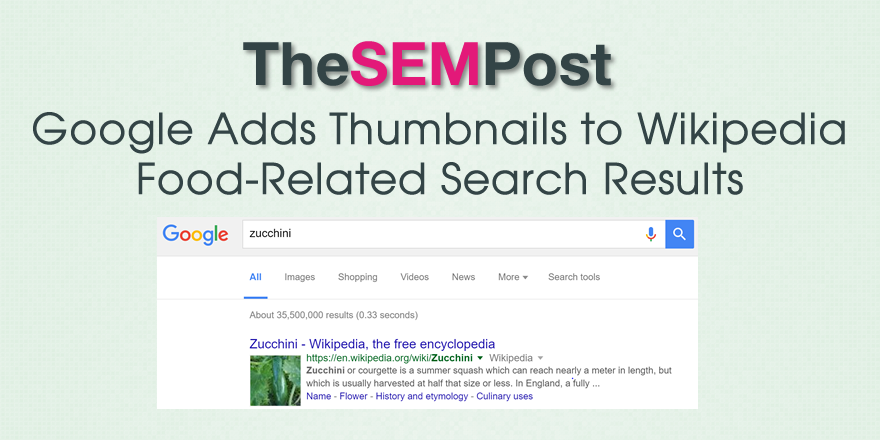 Google has added thumbnails to food related queries for Wikipedia results in the search results.  Here are some examples. 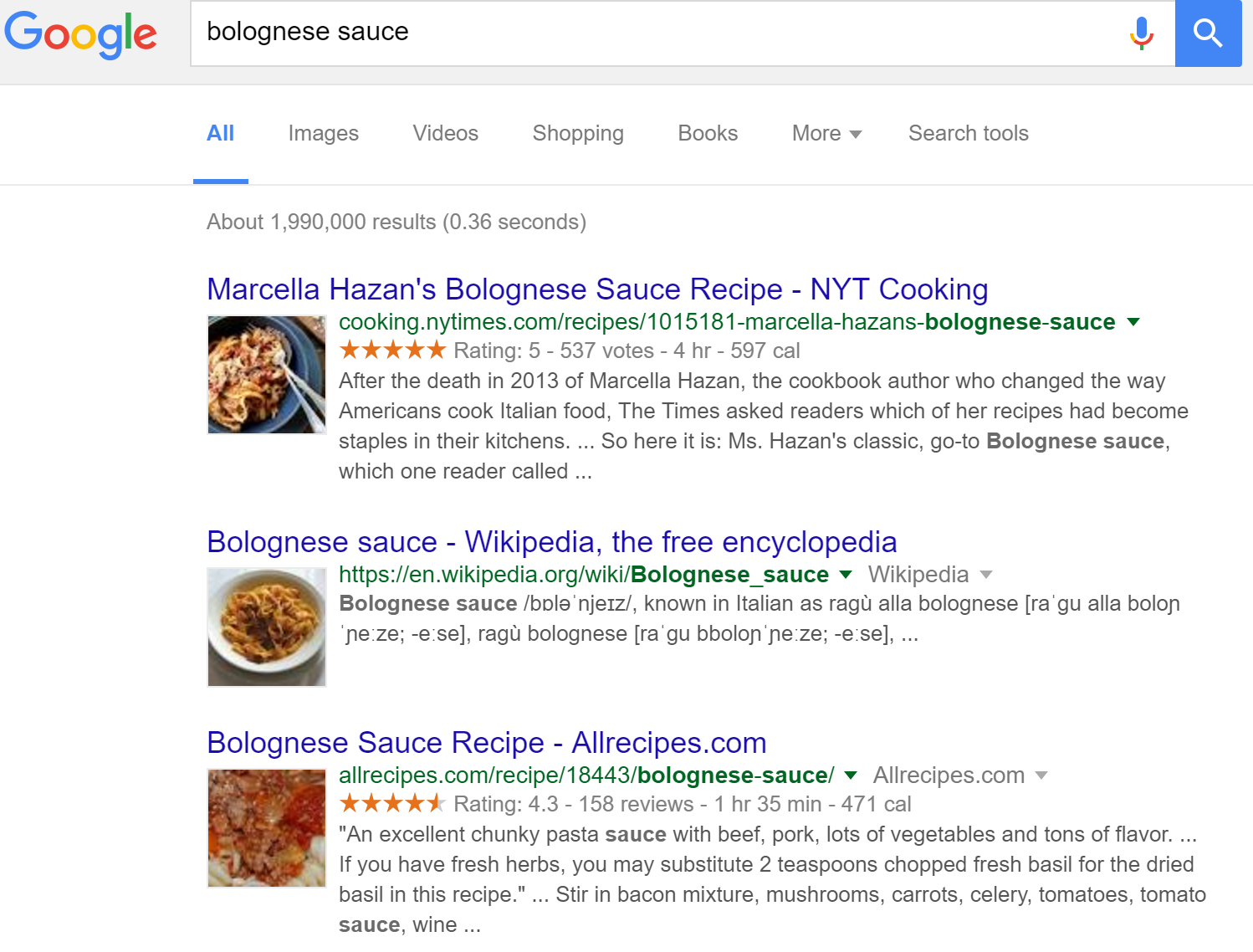 Andrea Pernici was the first to spot these new Wikipedia results.

They are styled very similarly to recipes that also feature an image, but without the added recipe markup we usually see with recipes in the search results.

Here are some more examples: 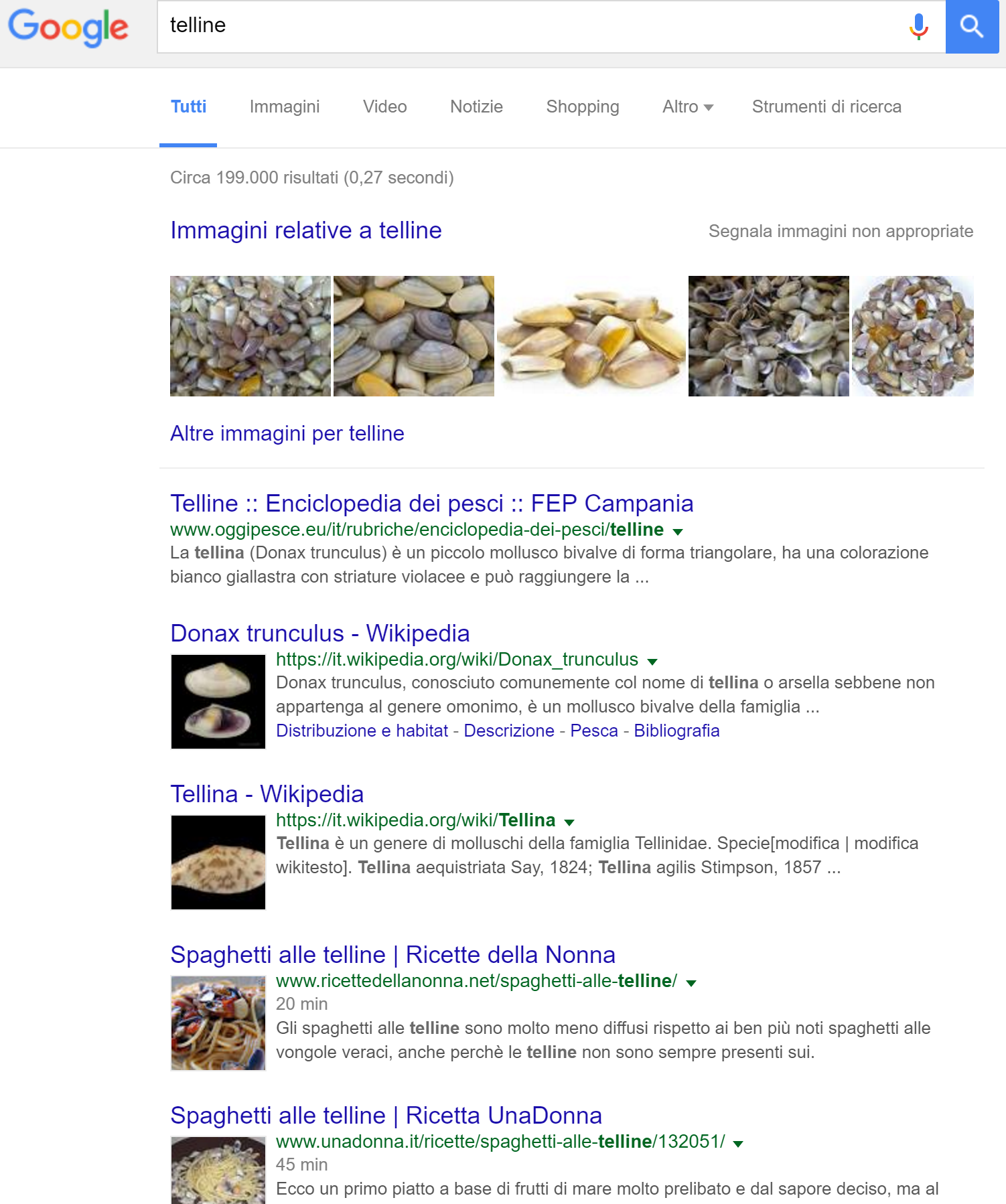 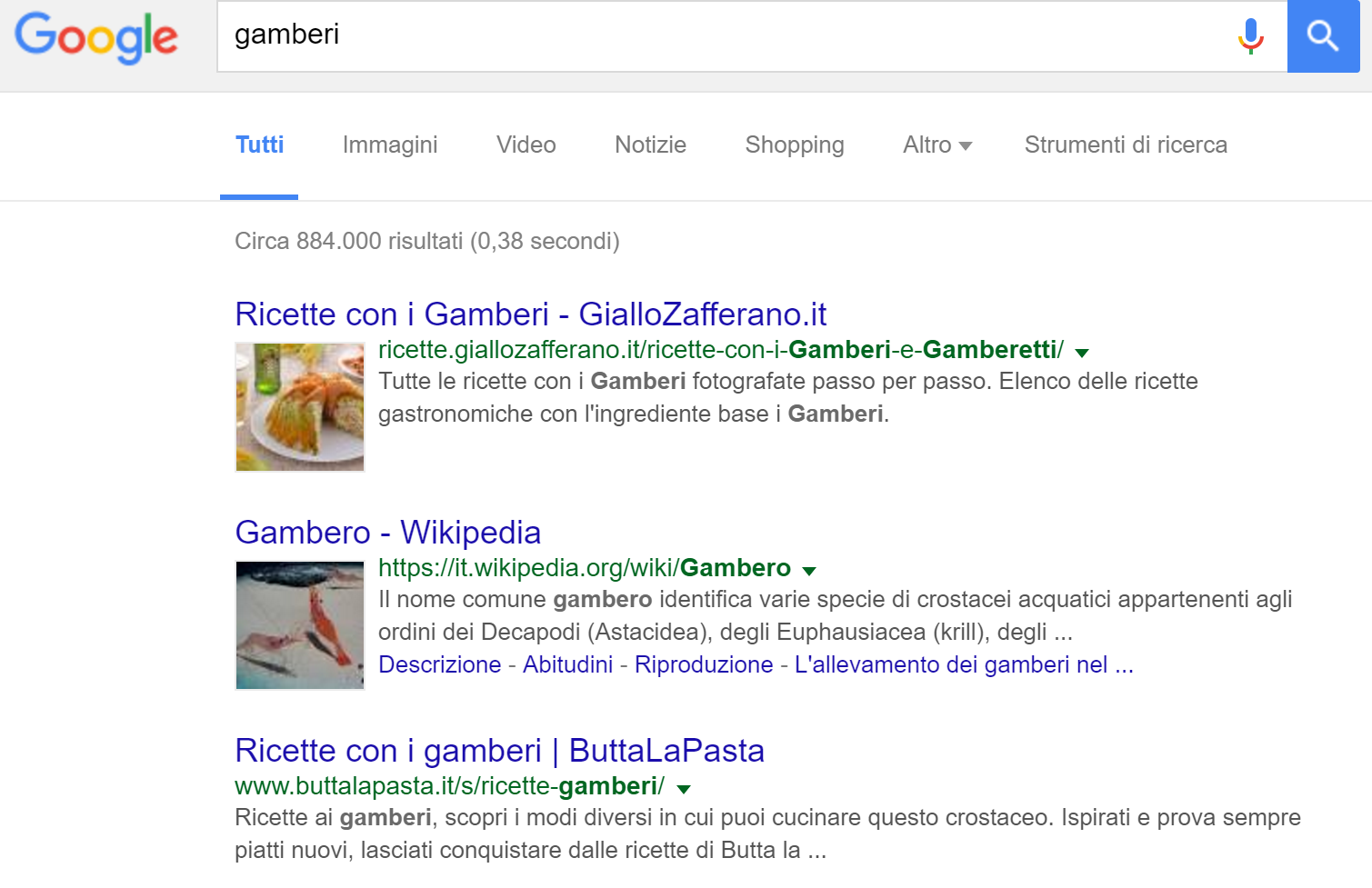 The images pulled by Google are the images shown on the Wikipedia page.

They are being shown on Google.it and Google.com, but interestingly, the triggers seem to be language specific to each version of Google.  For example, “telline” and “gamberi” will only display on Google.it but “bolognese sauce” showed only in Google.com, but the Italian name for bolognese sauce didn’t show the thumbnail, although it did have the Wikipedia page in the first results.

Whether it had a knowledge panel o the right side of the search results with a Wikipedia source didn’t seem to impact whether it showed the thumbnail or not, as i saw results both with and without.

I also was not able to trigger it on non-food related searches, so this still seems to be related to the food area, such as ingredients.

Back in February, Google was testing thumbnails for food related queries, for queries such as “cheese platter”, but it was very limited and people were unable to reproduce them.

However, in this case, many people are able to reproduce these queries.

We finally have the first Google Quality Rater Guidelines update of 2022, and like usual, it is … END_OF_DOCUMENT_TOKEN_TO_BE_REPLACED