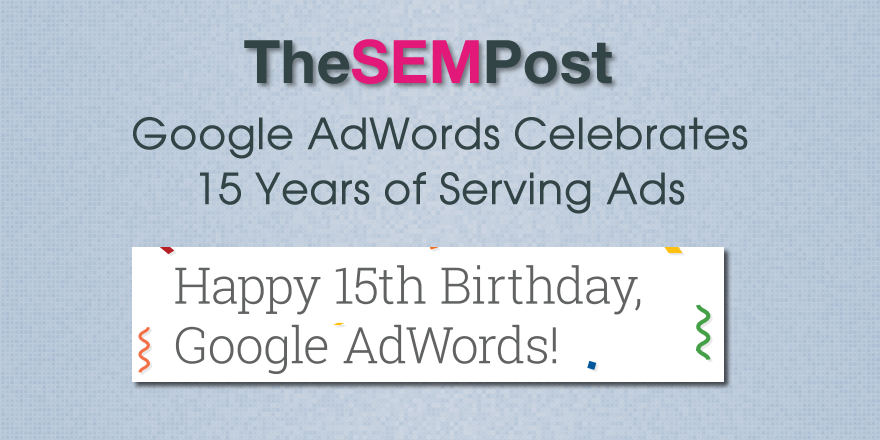 As someone who remembers buying PPC penny clicks on GoTo.com (Overture’s former name) back in the day before Google AdWords even existed, it is easy for forget that AdWords has been around for 15 years.

AdWords launched back in October 2000 with this press release.  And it is amazing how far it has come, when you see they were touting these features at launch.

AdWords only initially launched on the right sidebar.  Back then, the ad spots above the search results were reserved for premium sponsorship ads.

We also see how far they have come… back in 2000 they were boasting 20 million searches per day on Google.com.  And AdWords launched with a mere 350 advertisers.  Currently, AdWords has over one million advertisers.

SEOs will probably also remember things such as the coveted Google AdWords “Cooler Thinking” mini fridge (yes, I was one of the lucky ones).  And those who attended SEO conferences back in the 2003-2004 era will also fondly remember those $100 AdWords coupons that vanished like hotcakes.

Google has also created an infographic celebrating 15 years of AdWords and includes some gems of days gone by.  For example, 2001’s most searched brands on Google were Nokia, Sony, BMW, Palm and Adobe.

We finally have the first Google Quality Rater Guidelines update of 2022, and like usual, it is … END_OF_DOCUMENT_TOKEN_TO_BE_REPLACED