You are here: Home / Google / Is Google AdWords Incorrectly Forwarding Call Extensions? Why You Should Check Your Ads! 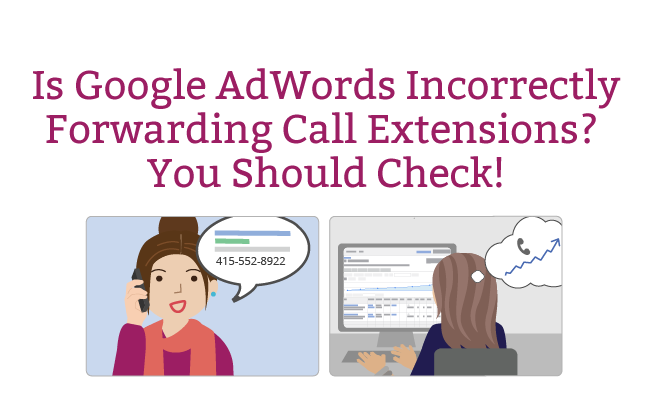 Call extensions have been a pretty popular option for local businesses looking to make it easy for potential customers to reach them.  AdWords offers two varieties – one where you list and use your own phone number, or another option with call tracking where Google assigns one of their own tracking numbers and then forwards it to your phone number.  And it appears there could be a bug with call extensions that could possibly be affecting others.

Is Your Number Forwarding Correctly?

When you use AdWords call tracking, it will use its own phone number, which Google automatically assigns, and then will forward that number to the business number you have chosen.  There are reports that Google might sometimes have a bug when it comes to the number assigning, and actually forward your calls to someone else.

LawnStarter is reporting a bug that happened to their company that resulted in the Google assigned number going to a young girl instead of their business, and it costs them thousands of dollars in clicks going to the wrong phone number. 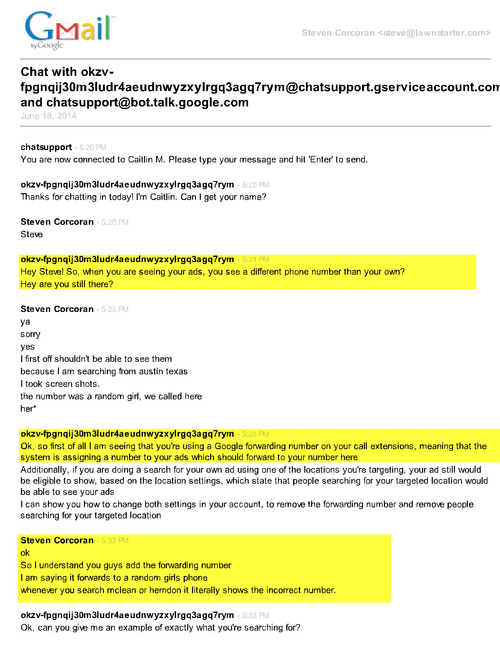 Google later confirms to Lawnstarter that there was something not working correctly with their number, however Google did not explain why the issue occurred or if it was isolated to a small number of phone calls.

Lawnstarter states that their “account wasn’t credited” for any calls that went to the wrong number.  However it is unclear if they requested a refund (which is normally how advertisers receive refunds) and it was denied, or if they assumed Google would credit it without them expressly asking for it.

It is also unclear just how much of the “thousands of dollars” was directly related to call extensions or if the majority of it was the cost of click throughs to the company page instead, which would have been legitimate pay per click ads they were paying for.  So the amount of ad spending on the actual call extensions might have been minimal enough that a small credit was issued but Lawstarters might have assumed it was regular invalid click refunds and not related to their call extensions.   Because they were paying $300 per day on AdWords, it would have been noticeable if the cost was going up but there was no traffic to the site to account for it.

It is also a reminder that advertisers should always double check their call extensions to not only make sure the forwarding is working correctly, but that the Interactive Voice Response is working correctly, or if it goes to a real person, that the person is actually handling calls correctly and utilizing voice mail or backup person if they are busy.

I have reached out to Lawnstarter for more information and will update when I hear back.  Added: Their contact form doesn’t work in multiple browsers, so attempting to reach out to them on Facebook.

Update: They have added to their blog post: “Double Edit: It now has been credited, and we found out that within the account there were 2 similar numbers with the incorrect one displaying. All is right with the world again.”  It is still unclear how it happened or if it was a user error.

Google has released a brand-new Google quality rater guidelines, coming close to a year after the … END_OF_DOCUMENT_TOKEN_TO_BE_REPLACED