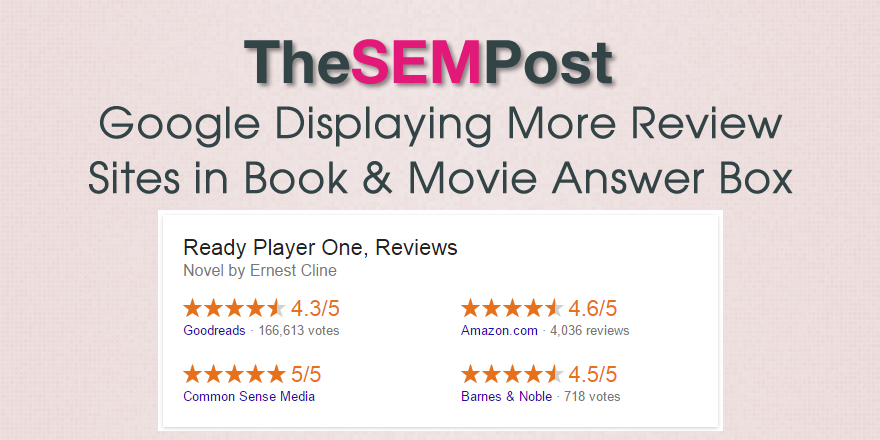 Google is testing a new answer box for book reviews that displays multiple review sites rather than the usual single ratings via Goodreads.

This seems to be a limited roll out, as I am seeing the expanded reviews while other users are still seeing the traditional single review format, which tends to link to Goodreads. 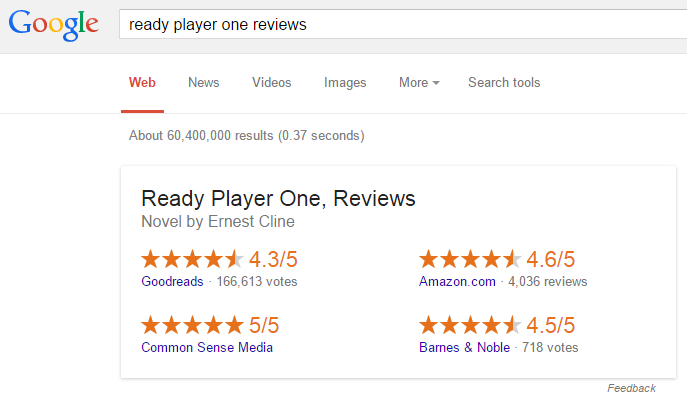 They are also being tailored towards where the user is searching.  For example, the above showed on Google.com and Google.ca.  Here is the same search on Google.co.uk 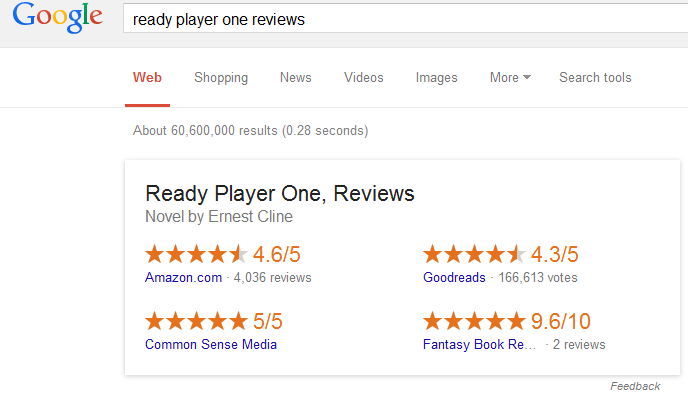 The 4th review listing is a UK site.

Here is another example from Google.ca that shows a Canadian bookseller in the reviews, which does not show up for the search on Google.com

Google seems to be testing this, but as with all their tests, it is unknown whether this change will go live to all users.  Here is how it usually appears.

It is also worth noting that Goodreads is an Amazon company, as they were purchased by Amazon in 2013.  So it makes sense that Google wants to diversify the reviews they include in this answer box.

These are only coming up when you search specifically with the word “reviews” in the search query.  But Google has already displayed additional reviews sites within the knowledge graph for individual sites, such as this: 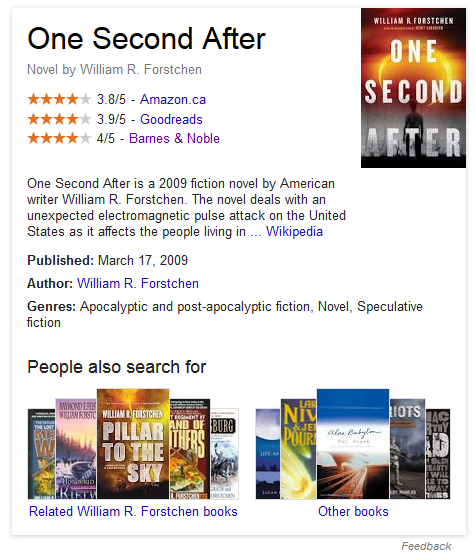 Google has been making changes to how they display books recently.   They added a new book carousel last month and earlier changes to book knowledge graphs and additional books they feature.

They are also doing the same for movies.  However, it seems that you see the same sources regardless of which Google you search in. 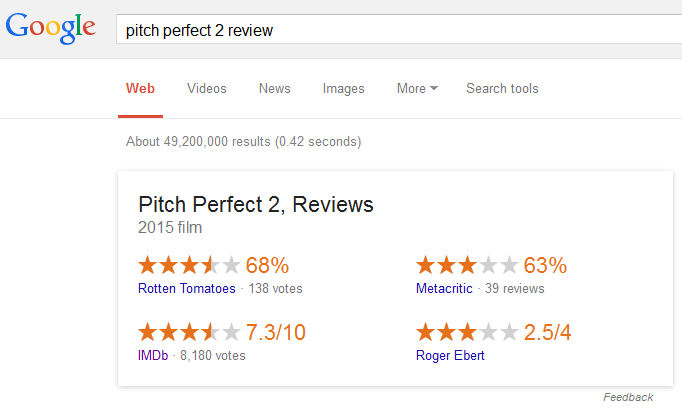 It is worth noting, there is not a Google Play link, even when searching for older movies… there were differences in the review choices depending on which Google you searched from.  Nor do any results in either the book or movie reviews appear to be sponsored.

Here is a search for “Star Wars reviews”.  Here is from Google.com 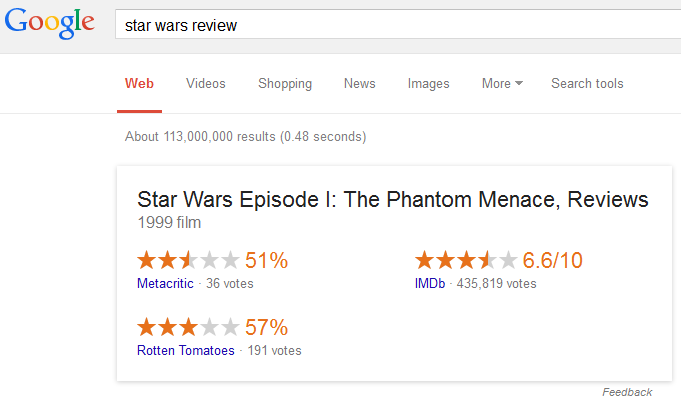 It picked up the Phantom Menace as its movie choice.  But in Google.co.uk, it chose the original 1977 movie to display for the identical search query.  It also shows Common Sense Media, which also shows up for book reviews in Google.co.uk.

Google.ca showed no answer box for this query at all.

It is nice to see additional sources being used for reviews, which gives users much more options to quickly see different sources, especially if they prefer not to use one that is commonly used.

Google has released a new version of the Google quality rater guidelines, a year after the last … END_OF_DOCUMENT_TOKEN_TO_BE_REPLACED