You are here: Home / Google / Google: Expect Conflicting Info on Mobile First Prior to Launch 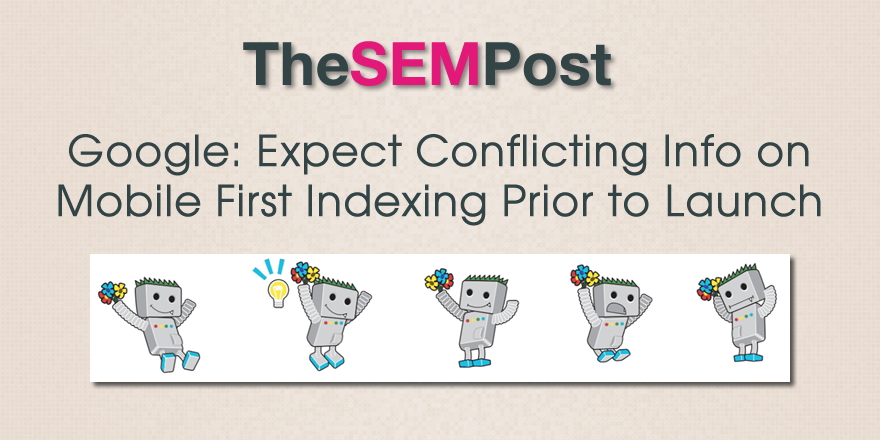 Google’s Gary Illyes, speaking at Next10x yesterday, said that we can expect to hear conflicting information on the mobile first indexing change prior to its official launch and Google’s official blog post about the launch.

.@methode: You will hear "conflicting information" on mobile-first until Google posts officially on the blog #Next10X

Last month at SMX West, Illyes also made comments about the “current version” of the mobile first index, meaning that Google is still working on and tweaking how the mobile first indexing change will actually be done.  And we know Google doesn’t want to launch mobile first unless they see no loss in quality with the change – what Illyes referred to as quality neutral.

So far, we haven’t seen a lot of conflicting information about mobile first indexing, although we have seen both Gary Illyes and John Mueller state that certain aspects of mobile first – particularly around links – haven’t been worked out yet.  Page speed is one example however, as Illyes recently said it page speed would be a factor either at launch or shortly after, whereas before Google had said it wouldn’t.

Google has said that they will clarify the change when they do their official blog post on it, which is confirmed by Illyes here.

We still don’t have a launch date for when mobile first indexing go live, but Illyes said he doesn’t think it will be this year.

Google has released a brand new version of the Quality Rater Guidelines, the third one this year.  … END_OF_DOCUMENT_TOKEN_TO_BE_REPLACED