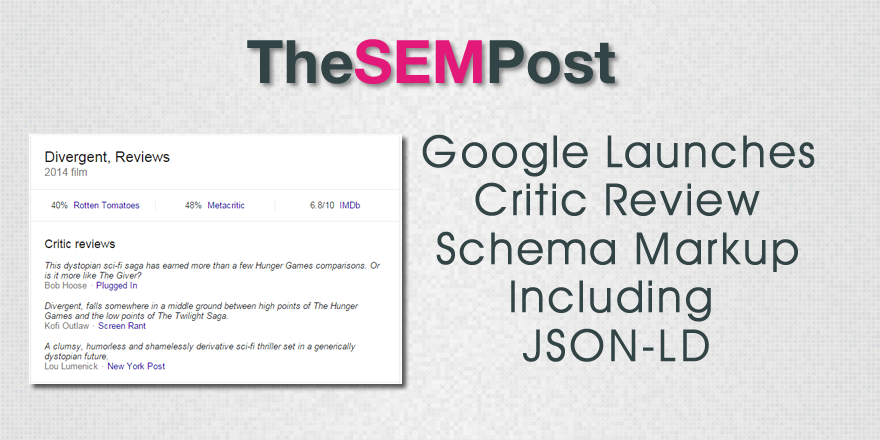 We posted yesterday about spotting snippets of critic reviews on some movie related knowledge cards.  A few hours later, Google officially announced they were adding support for critic reviews with information for webmasters wanting to implement it.

Here is how the reviews look in the search results. 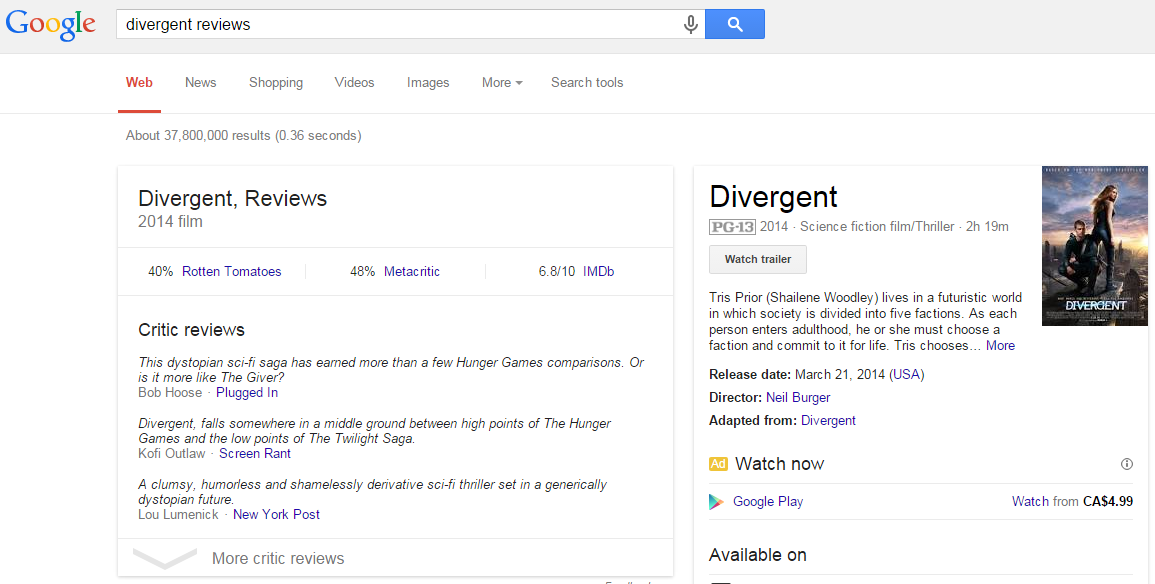 The markup also supports JSON-LD, and some examples I spotted in the wild, such as Screen Rant, are using this markup in their reviews.  Google only recently began offering JSON-LD support, which was first spotted in some recipes last month.

Critic reviews are currently available for movies, however Google plans to expand the reviews feature to other verticals later this year, including television shows and books.

That page also states that “We’re expanding this feature beyond our pilot providers such that any provider who implements spec-compliant markup is eligible to participate. Interested providers can register their interest using this form.”  I confirmed with Google that this is still required.

I love this addition to the search results and especially can’t wait to see them in book results.

We finally have the first Google Quality Rater Guidelines update of 2022, and like usual, it is … END_OF_DOCUMENT_TOKEN_TO_BE_REPLACED