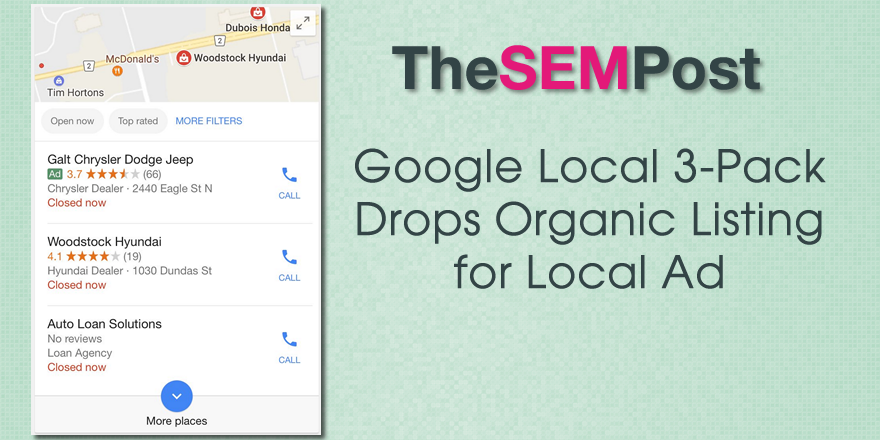 Google My Business is testing a bold new change.  Google is now testing their local 3-pack to include one local ad and only two organic local results.  Until now, Google has been using ads only in the new sponsored local panel or including an ad in addition to the 3 organic listings. 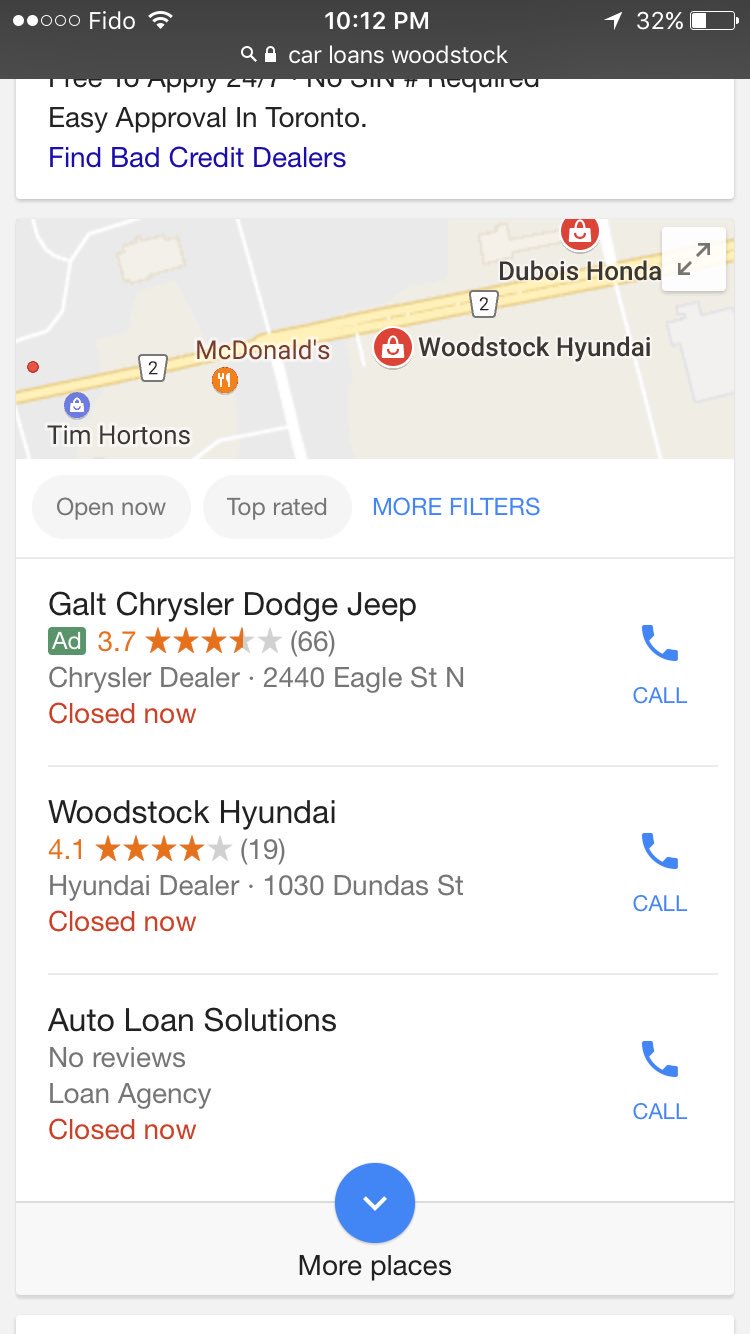 As you can see, there is a single ad, plus only 2 organic listings instead of the usual three.  It isn’t a case of not having more businesses to show, as Google offers the “more places” expansion on the pack.

That said, this isn’t exactly a surprise.  It is a move that many local SEOs have been expecting since Google first began experimenting with ads in local packs.  Will this roll out to all local results?  I wouldn’t be surprised if it did.

Of course, this means that competition for the local 3-pack will have become that much more aggressive since there is now only two organic listings up for grabs instead of the usual three when Google displays this version of the local pack.

Google has released a new version of the Google quality rater guidelines, a year after the last … END_OF_DOCUMENT_TOKEN_TO_BE_REPLACED