You are here: Home / Google / Google No Longer Using Authorship in Search Results 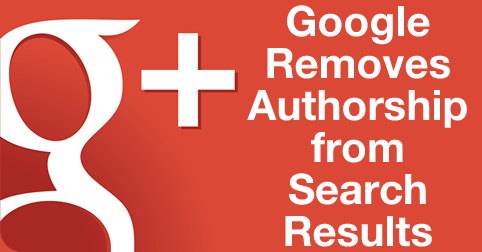 John Mueller, a Google Webmaster Trends Analyst, made the announcement via a personal Google+ post.

I’ve been involved since we first started testing authorship markup and displaying it in search results. We’ve gotten lots of useful feedback from all kinds of webmasters and users, and we’ve tweaked, updated, and honed recognition and displaying of authorship information. Unfortunately, we’ve also observed that this information isn’t as useful to our users as we’d hoped, and can even distract from those results. With this in mind, we’ve made the difficult decision to stop showing authorship in search results.

(If you’re curious — in our tests, removing authorship generally does not seem to reduce traffic to sites. Nor does it increase clicks on ads. We make these kinds of changes to improve our users’ experience.)

Authorship, while beneficial for those who implemented it, was definitely difficult for non-tech savvy webmasters to implement.  Even with the schema checker, many stumbled on the correct implementation.  However, I am certain many people started their attempt to implement authorship by signing up for a Google+ account.

Of course, it also raises the issue of what this means for Google+.  It is no secret that many people have a default Google+ account based on their Google account, and many people had Google+ accounts for the sole purpose of authorship.  Google+ has been undergoing its own changing as well – there were rumors that Google was planning to split the photos aspect of Google+ from the service.  They dropped the requirement of a Google+ account from using Hangouts on Air.  And earlier this week, Google+ began offering the option to import any Google+ videos into YouTube.

They are keeping the social signals aspect of Google+, meaning searches will continue to display relevant Google+ posts from those you follow.  So from an SEO perspective, it is still valuable to post on Google+ and build up your followers.  However, this could also end up changing in the future.

If you are currently using authorship schema markup, you don’t need to rush out and remove all the code – while there is no authorship benefit to having it, leaving it on your site will not hurt your site at all.  But Google will no longer process the data or make any use of rel=author data according to Mueller.

Google has released a new version of the Google quality rater guidelines, a year after the last … END_OF_DOCUMENT_TOKEN_TO_BE_REPLACED