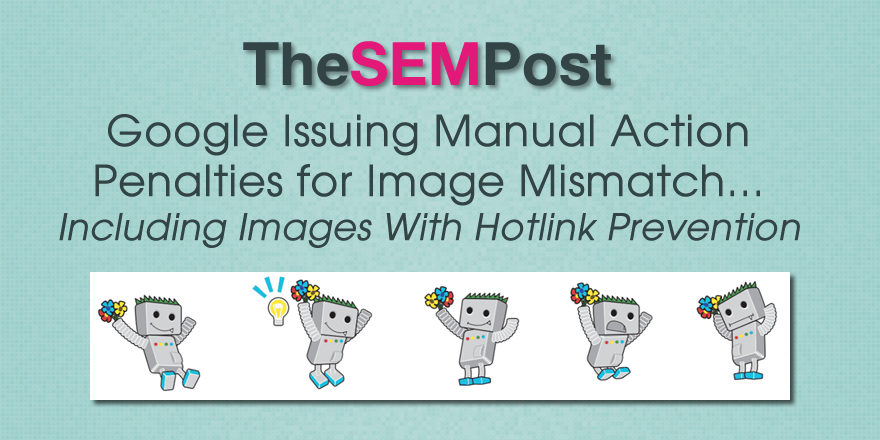 If you have suddenly noticed many of your images suddenly being dropped from the Google Image Search results, Google has been issuing manual action penalties for the little known “image mismatch” manual action.

While the manual action targets those who are displaying different images on the site to users when compared to the images shown in Google Image Search, it is also targeting images who use hotlink protection methods as well, as those will often substitute a different image when the script or program believes the image is being hotlinked, or not serve the image at all.

An increase in images being removed from Google Search results was noticed, but the actual reason for the decline wasn’t a bug on Google’s end, but was actually due to manual action spam penalties being issued for images being served to Google being different from the ones users are served.

If you see this message on the Manual Actions page, it means that some of your site’s images may be displaying differently on Google’s search results pages than they are when viewed on your site.

The penalty itself will show under manual actions in Google Search Console, with “Image Mismatch: Images from this site are displayed differently on Google search results pages than they are when displayed on this site.”

In the thread on Google’s help forums, he uses an .htaccess code to prevent hotlinking, but one that has been in place for years.  So Google is definitely now considering this kind of tactic as problematic.

If you have this error, you can also confirm the image mismatch error by doing a “Fetch as Google” for a website page that contains the problematic images (do not use it to fetch the image URL) and see what it returns.  The webmaster macas on the Google Help Forums shared this screenshot showing that when he did Fetch as Google, that the images return errors. 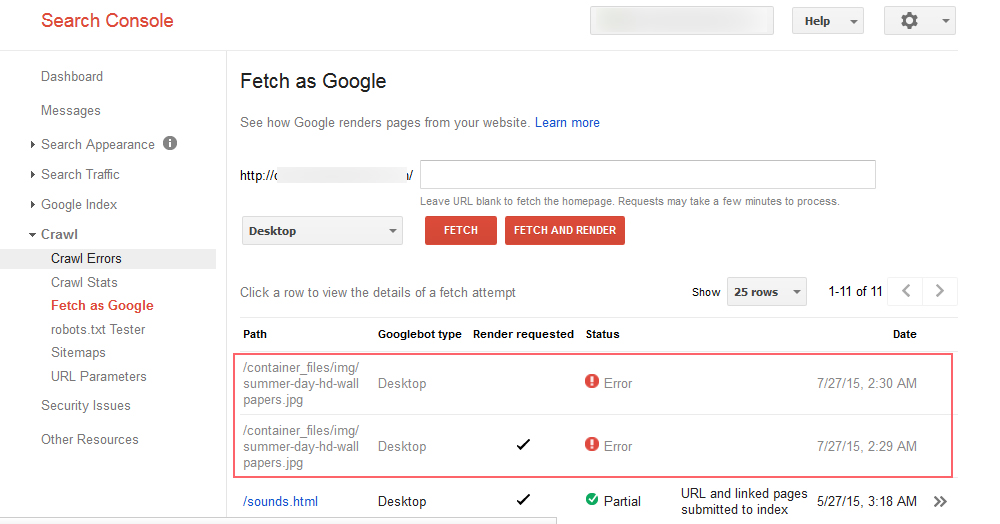 And the rendering clearly shows Googlebot was unable to display some images properly, which he believes was due to the hotlink prevention. 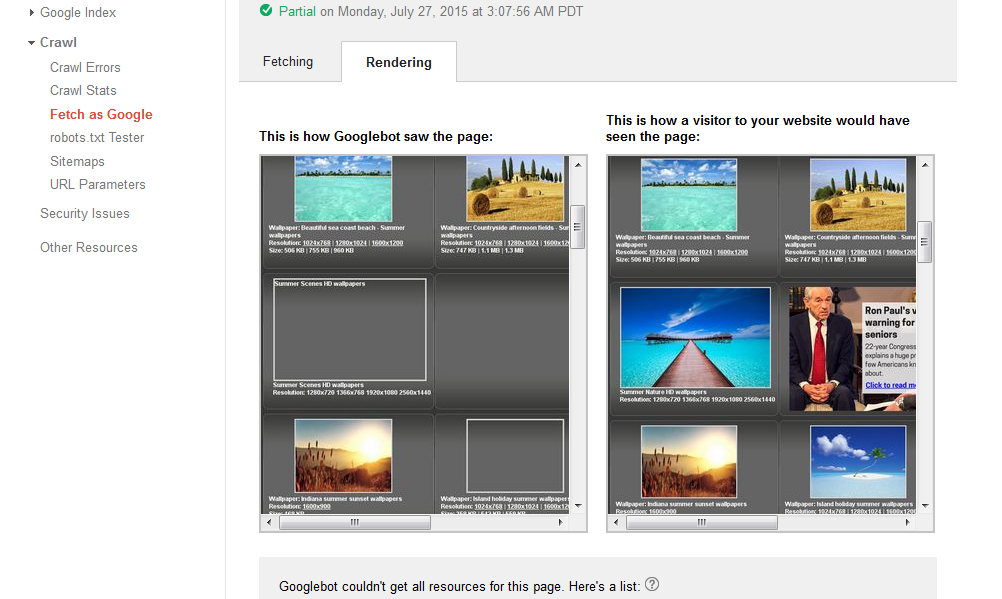 For those curious, here was the hotlinking code in .htaccess the webmaster was using:

The image mismatch penalty has been around for a couple of years, but it seems that now it is going after those images that are being served to users differently than the ones served to Google.

If you are using any kind of hotlink protection for your images on any of your websites, you will want to check your sites and see if they were affected by the image mismatch manual action that are going out, or you might want to be proactive and remove the protection before you receive the manual action.

Google has released a new version of the Google quality rater guidelines, a year after the last … END_OF_DOCUMENT_TOKEN_TO_BE_REPLACED