You are here: Home / Google / Still No Plans for a Google Penguin 5.0 Update 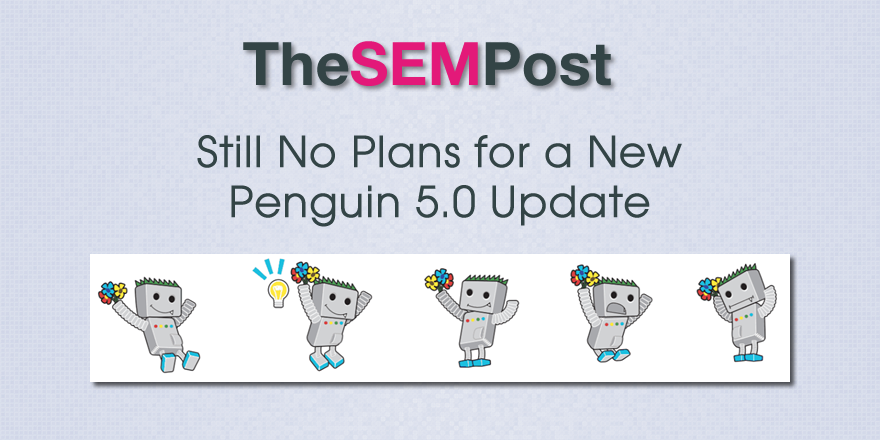 Ever since real time Penguin launched in September 2016, many SEOs have wondered if there would be a Penguin 5.0 from Google.  At the time of the real time launch, Google confirmed that there would be no more Penguin updates as we knew it, and that still seems to stand today.

At Brighton SEO, I asked Gary Illyes from Google whether there were plans for a Penguin 5.0 or whether it will just continue on as is, without any major update planned.  While he confirmed adjustments were made post-launch, there are no plans for a major update, AKA Penguin 5.0.

As I said we did some fine tuning to make sure it’s catching the right things, but otherwise it was done deal.

We made Penguin real time about a year ago, I think, and after that we said that we would just drop it and let it do its thing because its more effective and we don’t have to do refreshes and shit like that.

So for those wondering about the potential for another overhaul of Penguin, it seems like the current plans are still to keep it in its current state of running without any changes being made to it.

We finally have the first Google Quality Rater Guidelines update of 2022, and like usual, it is … END_OF_DOCUMENT_TOKEN_TO_BE_REPLACED