You are here: Home / Google / Google+ Removes Hashtags from Posts 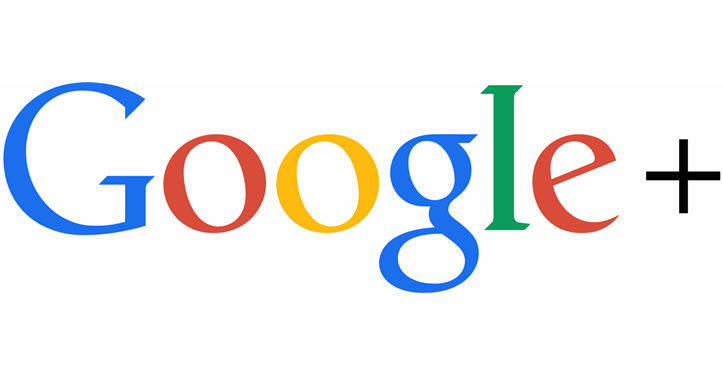 A minor change was made to Google+ with the removal of the hashtags that normally appeared on the top right hand corner of Google+ posts.

Ana Hoffman was the first to spot the change. 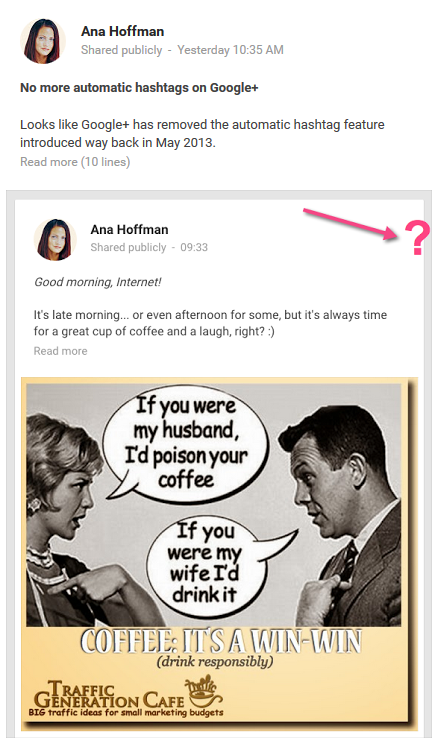 Facebook was another social media platform that tried promoting hashtags, but their push fell flat as well.  But hashtags are still alive and well on Twitter as well as to a lesser extend on Instagram.

You can still do hashtag searches on Google+ and they still suggest additional hashtags to search for. 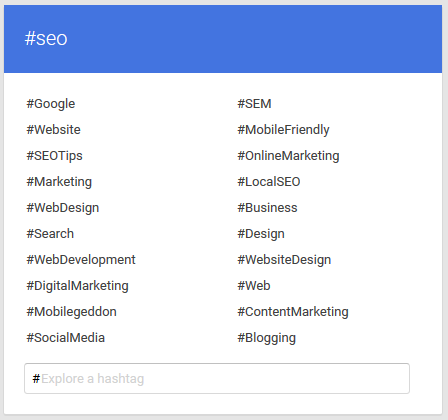 You can also still add hashtags to any content you add, but Google will no longer autogenerate hashtags to display on the top right of the posts.

Google has released a new version of the Google quality rater guidelines, a year after the last … END_OF_DOCUMENT_TOKEN_TO_BE_REPLACED