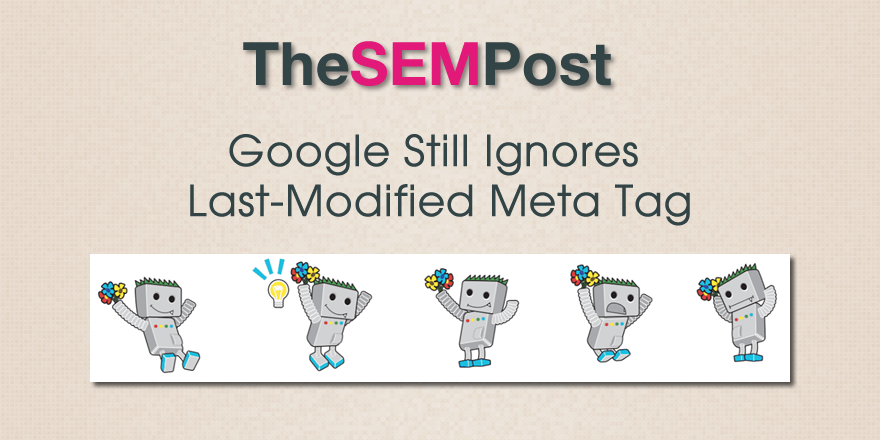 If you are using the last-modified meta tag, be aware that Google ignores this tag when it comes to SEO.

The tag is <meta http-equiv=”last-modified” content=”YYYY-MM-DD”> which was originally used to alert crawlers to the fact a page was updated, or as a reference to when it was last updated after it was initially published.

The question came up on Twitter, and John Mueller from Google commented that Google does not use this tag at all.

Yep, we still don't use it.

It also references a post from 2011 where Mueller also said Google does not use the last-modified tag for “crawling, indexing, or ranking.”  And this tag isn’t included in Google’s list of meta tags they use.  Other search engines could use the tag, though.

It is worth noting, however, that from a user perspective, many users like to see an actual date a page was last updated in text on a page, especially for content that is not evergreen and could change over time.  But don’t expect that this meta tag specifically will do anything for Google.

We finally have the first Google Quality Rater Guidelines update of 2022, and like usual, it is … END_OF_DOCUMENT_TOKEN_TO_BE_REPLACED