You are here: Home / Google / How Google Looks for Rich Snippet Spam 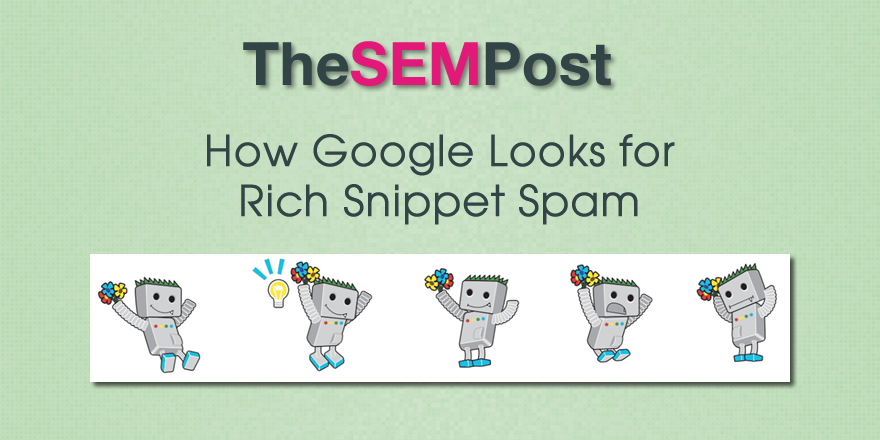 Someone had an interesting question for John Mueller on Twitter, asking how does Google look for rich snippet spam.  He asked if it was real time, an algo refresh or manual reports.

John Mueller responded by saying all of them.

@davebuts Yes, pretty much all of the them.

We have definitely seen spam in structured data in the search results, especially for review stars.  It isn’t uncommon to see a recently hacked WordPress blog sporting thousands of 5 star reviews for a spammy product.  There is some spam in both video and recipe schema to a lesser degree, although it hasn’t become as big of a problem, aside from the video results that are disguised as a “Sorry, YouTube won’t allow this copyrighted show/movie/clip, so to watch this video go to www.example.com”, sites which often install malware or require payment.

Google does also send out warning letters for structured data spam, and does now take penalty action which requires a reconsideration request be filed after the spammy schema markup has been removed.  Prior to this, Google just sent warning letters and removed the site’s ability to show markup in the search results.

I suspect it will become a bigger issue as Google adds additional markup to display in the search results.

We finally have the first Google Quality Rater Guidelines update of 2022, and like usual, it is … END_OF_DOCUMENT_TOKEN_TO_BE_REPLACED