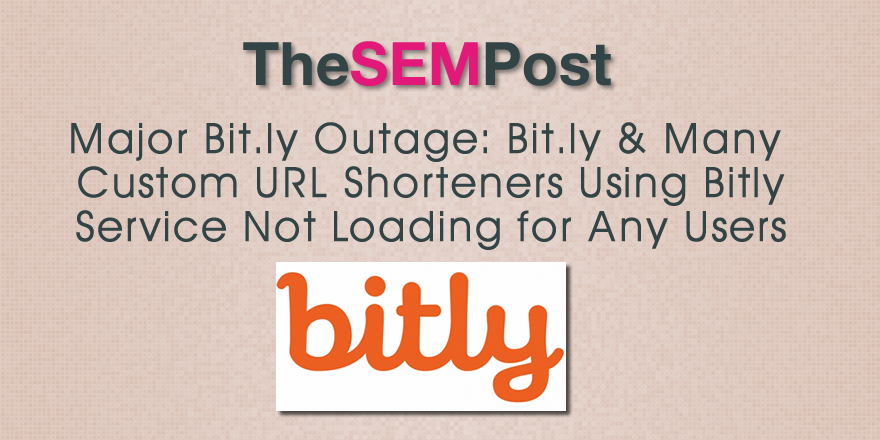 Using Bit.ly or attempting to access a bit.ly URL?  Bit.ly shortened links have not been working for over an hour this morning.  This means any tweets, emails, or other marketing where you used a bit.ly URL shortner will not load for users, and will instead be greeted, eventually, with a timed out message.

The outage was first reported at 9:05 am PST.

This also seems to be affecting those who are using bit.ly to manage their own custom URL shorteners as well, which is making many links on Twitter – the most common place where URL shorteners are used to save character space – are not loading as well, with a connection timed out message. 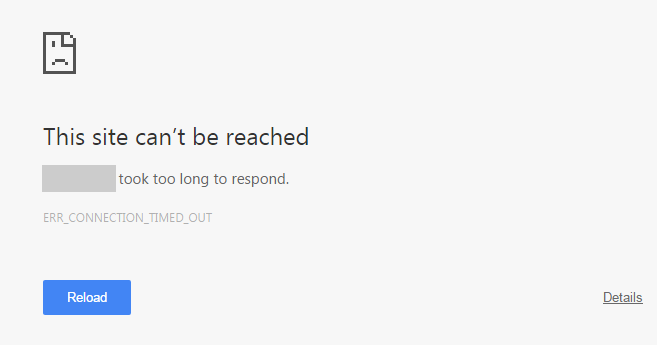 This outage has also resulted in amzn.to links and apple.co links no longer working.

According to Bit.ly, they have shortened over 26 billion links, although their counter on the webpage continues to go up, despite the service being completely down.  They also claim to power “billions of clicks each month”.  Even though the fault of loading links lies with Bit.ly, many are erroneously blaming Twitter for the failure, since so many Twitter users are using the service to save character space in tweets.

It took Bit.ly a full half hour before responding to the first question on Twitter about whether the service was having issues, when they responded they have escalated the issue.

@loritodd Hi, Lori! Our sincere apologies — we have escalated this issue as well, and will have an answer for you ASAP.

Bit.ly has also not said anything publicly on their bitly.com site, nor a general message on Twitter, merely some Twitter replies to those questioning the outage.  They have not responded to any questions about the outage on Facebook.  And they have gone silent on Twitter once again, despite many tweeting them.

If you are using bit.ly links now, and it is possible to change them, you should do so immediately in order to not lose those clicks.  But for those using Twitter, this would mean retweeting without using the bit.ly shortener, since tweets cannot be edited.

If you are using any advertising with bit.ly shortened domains – either bit.ly URLs or your own custom shorteners that are powered by bit.ly, you should either edit those URLs or pause the campaigns until the issue is resolved.

Update 11am:  After an outage of about two hours, bit.ly links are once again working, although slower than usual.  Bit.ly hasn’t tweeted anything additional information yet.

We finally have the first Google Quality Rater Guidelines update of 2022, and like usual, it is … END_OF_DOCUMENT_TOKEN_TO_BE_REPLACED