You are here: Home / Google / Manual Actions on Subdomains Can Affect Entire Site 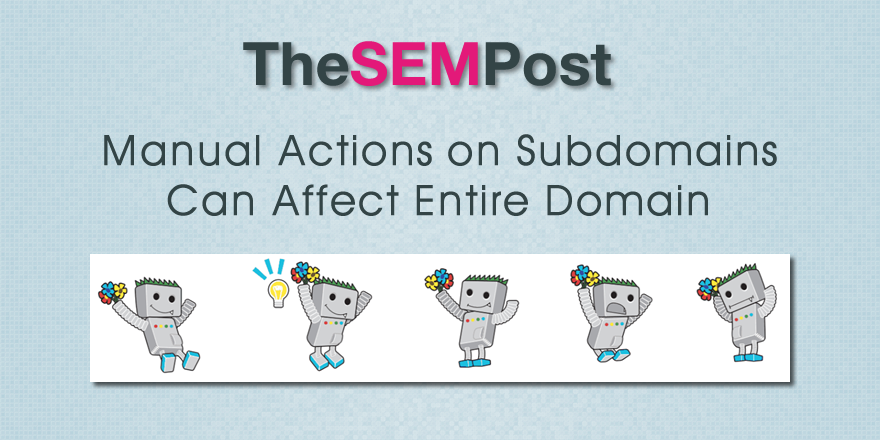 For many aspects of SEO, Google treats subdomains as individual sites, rather than as merely sections as a whole.  While subdomains are often part of the main site, subdomains can also represent individual users or businesses, such as how Blogger/Blogspot uses subdomains.

The question was whether manual actions or algorithmic penalties on subdomains could impact the root domain. Could you willingly spam a subdomain without worrying whether it would have any impact on the rest of the domain outside of that spammed subdomain?

John Mueller commented on how Google would handle this type of situation where spam was involved on a single subdomain and its potential impact on the rest of the site in yesterday’s Webmaster Office Hours.

If there are manual actions, we will try and keep them as specific as possible, and try and focus on that specific part of your website.  If we can’t focus it though, then it’s definitely possible that it could spread out and we can say well everything on this domain, or a lot of stuff on this domain is kind of spammy, we need to take a little bit broader action.  And that’s something where you probably want to watch out that your website doesn’t run into a manual action anyway, but if you are using subdomains and you are using subdirectories, then this is something that can certainly have effect.

This is somewhat similar to malware, where if we recognize that on multiple subdomains you are serving malware, then our systems might say oh well the general pattern for this malware is actually everything on this domain.  So that’s something to kind of watch out for.

So while subdomains should protect those users who are unconnected from other subdomains, if there is a connection between them, or if there is a lot of spam on the domain as a whole, then yes, the entire domain could be affected.  There certainly isn’t an automatic pass given to the rest of a domain just because it is a subdomain.  It also means that webmasters who are using a free website service that hosts individual sites on subdomains or subdirectories will need to ensure that the domain overall isn’t a haven for spammers either.

This also means that site owners can’t practice more blackhat techniques just on a single subdomain on their site (and really, SEOs shouldn’t be too aggressive with blackhat tactics on a subdomain of a site they don’t want to see entirely banned) without knowing that the entire site – even the non-spammy subdomains or root domain – could face a manual action or negatively impacted by one of the algorithms.

Google has released a new version of the Google quality rater guidelines, a year after the last … END_OF_DOCUMENT_TOKEN_TO_BE_REPLACED