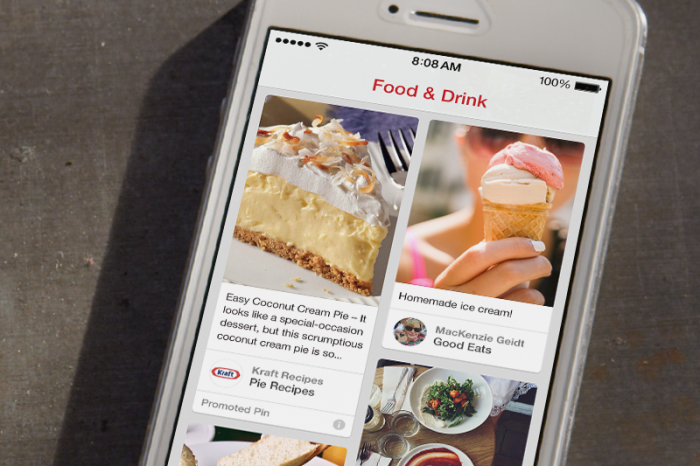 Pinterest began testing promoted pins, where pins would appear in users pin stream when they were following similar pins, in May of last year where it was only been tested by a limited number of big brands, such as Expedia, Old Navy, Target, Nestle and Ziploc. They didn’t experience much backlash from users, which can often happen when social platforms began dabbling in paid content and advertising.

Promoted Pins perform just as good and sometimes better than organic Pins. Brand advertisers achieved about a 30% bump in earned media (free impressions!) from their campaigns. That’s from people who saw a Promoted Pin and thought it was good enough to save to one of their own boards. Engagement is strong— the average Pin is repinned 11 times, and that remains true for Promoted Pins (if not higher).

They also discovered that promoted pins continued to promote for the brands well after the campaign expired, through additional repins and searches that bring up those repins. After the end of the campaign Pinterest saw an extra 5% bump in earned media in the following month. On average 30% of each promoted pins views were actually views the brand did not have to pay for, which is

Promoted Pins perform long after a campaign ends. Since Pins are evergreen and last forever, we often saw an extra 5% bump in earned media in the month following the end of a campaign.

Another interesting fact is that interest did well not just for highly visual products, but for pins and a variety of industries too, including financial services and automotive.

Google has released a new version of the Google quality rater guidelines, a year after the last … END_OF_DOCUMENT_TOKEN_TO_BE_REPLACED