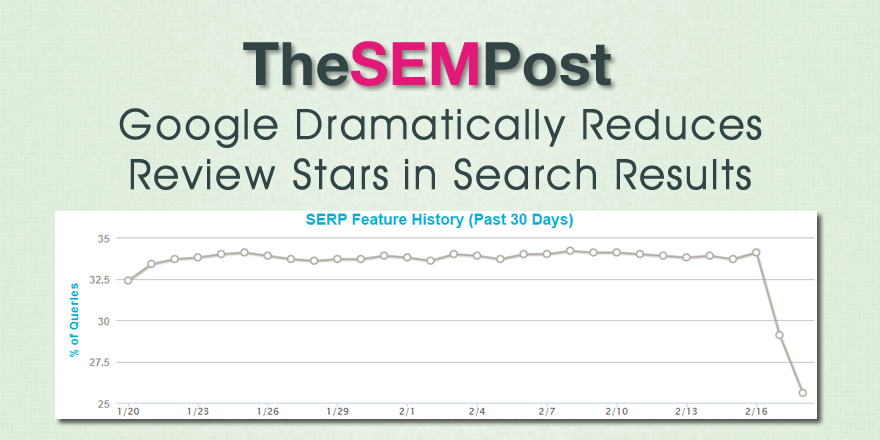 Here we see the first drop on Mozcast. 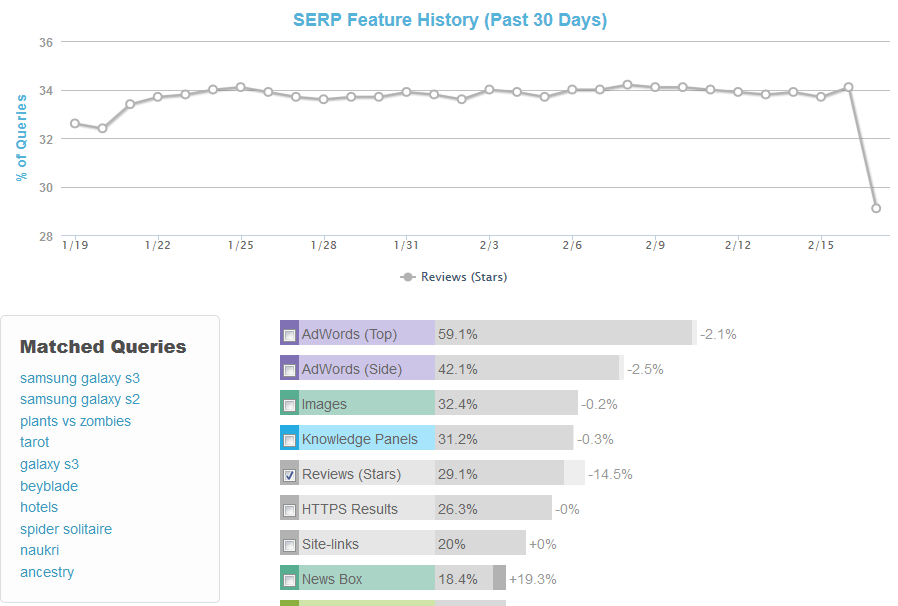 As you can see, the review stars dropped by 14.5%.  But the following day, Mozcast’s update on Thursday morning, showed another significant drop. 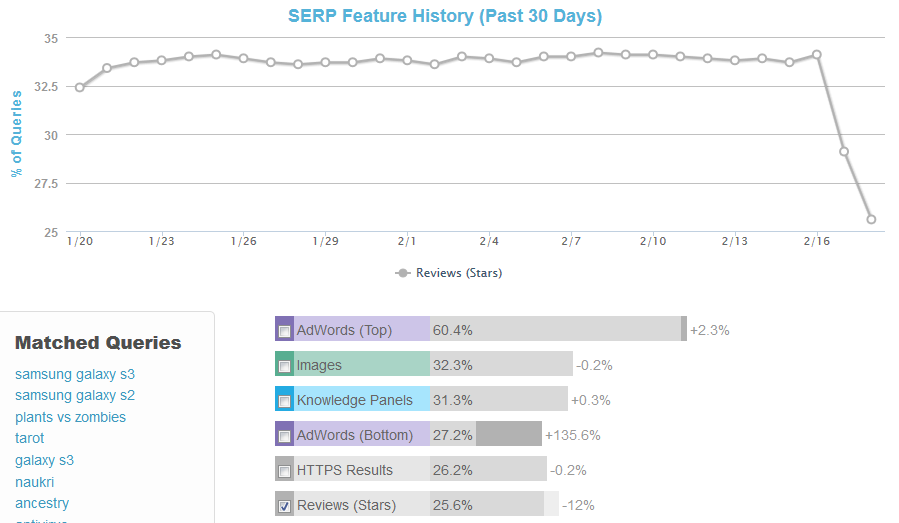 This shows an additional 12% drop.

Dr. Pete Meyers from Moz confirmed that it isn’t a coding issue, that it is a real drop.  And I am hearing from others who have seen their own review stars – and those of competitor’s results too – dropping significantly in the search results.

Meyers also made an interesting observation.  He noted that the review stars have been decreasing while it seems that local packs are showing an increase in them.

Google has also been adding review stars to the local pack results, so that may be part of the motivation for dropping them in organic.

He says it is anecdotal, but it could be that Google is just slightly changing the balance of where they appear.

It is worth noting that even large publishers are being impacted by this change.  So sites like Yelp are seeing their review stars being dramatically reduced as well.

Update: The review stars dropped by another 5.8% today. 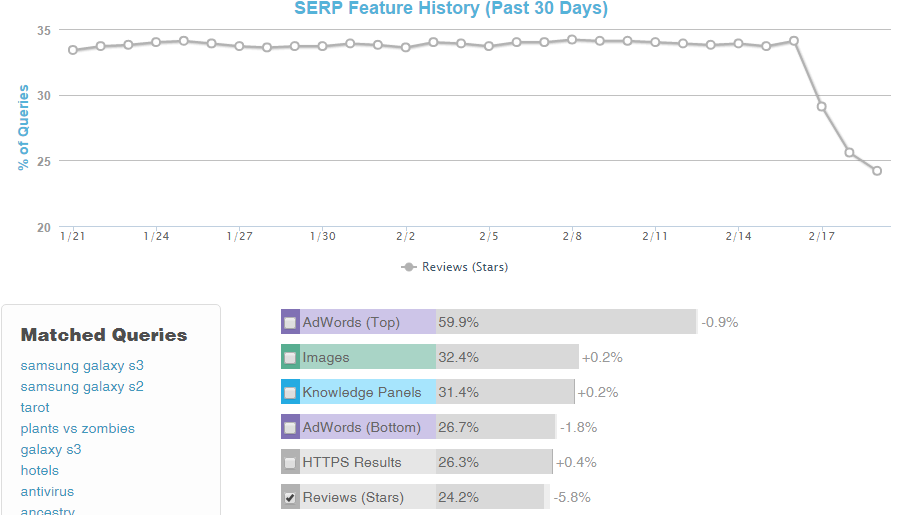