You are here: Home / Design / SEO is Not Part of Website Development? Really? 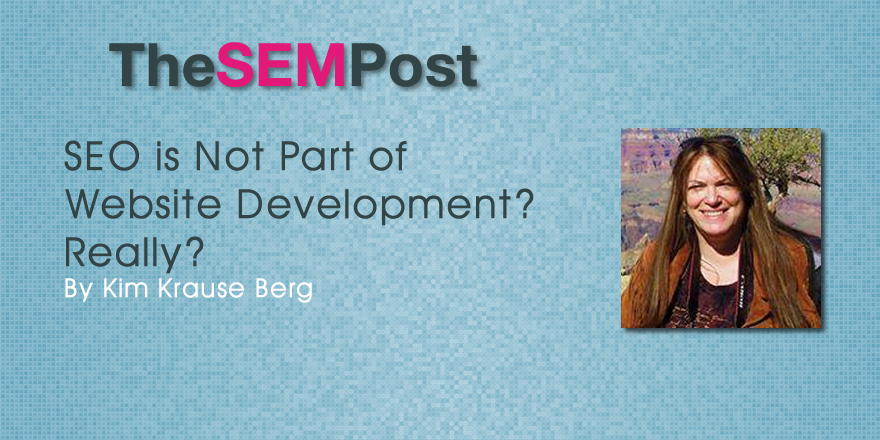 After taking a website for a quick pre-launch spin before its designers moved it off the development server a developer said, “SEO is not part of development.”  Although I was performing accessibility compliance tests for my client, not SEO, I was stunned.

I started building websites in 1995 and SEO was been part of that process.  In fact, back in those days of hundreds upon hundreds of search engines and directories creating a crazy wild competitive field, SEO during development was mandatory.

In 2001 when my career branched off into software QA functional, user interface and usability testing, my SEO skills added to my worth, first as a user interface engineer and then tester.  I built and tested hundreds of websites during the day and freelanced in SEO at night.  That put me directly in the front seat of every project so that I had a tremendous view of what is now referred to as user intent.

A decade later accessibility, like usability and user centered design, remains a stakeholders’ nightmare movie of choice.  If stakeholders can see the web site or use the application, that must mean the entire world can too.  Rank can be bought, so I can see how organic SEO might be that thing no developer needs to care about – but sooner or later someone ends up being penalized by Google and they come running to an SEO to save them. 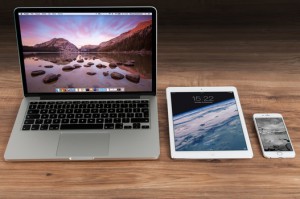 Because search engines are users too.

I debated that statement with some esteemed colleagues.  Ammon Johns instinctively understood what bothered me and to help dissect its meaning he wrote:

“The search engines are services, and they are publishers.  If you want to be included in their publications, then you really do need to understand them as users, so that you can properly understand what they want to publish, and how to make that you.”

The author of the “search engines are users” statement, Alan Bleiweiss, presented his thoughts in a discussion at Cre8asiteforums where he wrote the following, which I didn’t have the heart to condense:

I drive this as a primary message because Google has always driven the concept that we shouldn’t chase the algorithms that we should focus on users/humans/visitors/clients/customers/prospects… Except, unfortunately, that inevitably leads people who have even a “somewhat advanced” understanding of SEO to, at the very least, occasionally ignore or discount critical factors that cause search crawlers, and search algorithms to choke, become lost, confused or to otherwise misunderstand something.

Since “they” are crawling a site, for the purpose of using that content for “their” purposes, and since “they” use the content to further “their” organization’s goals, “they” are users. Since “they” make ALL of “their” decisions through two funnels (search quality and spam prevention/reduction), the human mind, heart and soul are emulated formulaically.

If we do not ensure proper access based on bot access to content, and formulaic evaluations of what is discovered formulaically, “they” end up having to “figure it all out”.  And since we ALL, I assume, can agree that search engines often do a TERRIBLE job in figuring it all out, it is our responsibility to accept that the technical work is equally vital to the human usability considerations.  Search crawler and search algorithm usability is just as important.

For a developer to ignore any users is tragic enough, but to tell a client that SEO is not part of development displays a lack of understanding of web-based development.  Successful web-based products enrich our lives.  Successful applications help users by enabling richer, intuitive and delightful experiences.  Why does one website or software application outsell others?  Its business strategy focuses on everyone who uses the end product.  Who watches what we choose to use?

Google is watching.   Google has released TensorFlow, an open source software library for numerical computation using data flow graphs and RankBrain, which is machine learning and some would argue, artificial intelligence. I wrote about machine learning in 2013 after Matt Cutts mentioned it, in  What Google’s Machine Learning Can’t Know About Us

Many SEO’s believe that user behavior is measured by Google by evaluating click rates, dwell time and pogo sticking.  This is all they test for and rank is simply manipulating those metrics.

It never occurs to them to create a product people want to use.  When someone clicks to read an article, that doesn’t mean they read the entire article or will share it, and until they can talk to the search engine, they can’t tell it, “I couldn’t finish it because it took too long to load,” “It didn’t work on my screen reader”, “The ads covered up the content on my cell phone”, and “It was badly written and not helpful at all.”

A company called Upworthy uses a metric called “attention minutes”.   Another company, Chartbeat, analyzes real-time web analytics that goes far beyond counting clicks and page views.  In one study they looked at 2 billion online interactions for online articles and news sites and found that 55 percent of people spent less than 15 seconds on a page, meaning they are not reading the entire article. Additional studies were done to see if the articles that are read were shared.  We all know many articles are shared on Twitter without being read in full first and companies hire people to share them, not read them.

So while content is optimized for links and keywords, there is less interest by developers on how to structure the piece to increase readability and sharing, not to mention dyslexia and other cognitive issues that can affect the readability of a site.  And those clicks?  Nowhere near reality or truthful user experience.

The first sign that responsive design is important for search engine indexing came from Google’s Webmaster Tools, where pages that did not pass Google’s new mobile design test and were at risk of not being included in its search indexes were sent out warnings.  It was SEO’s who sounded the horn on this, not developers with blinders on.” 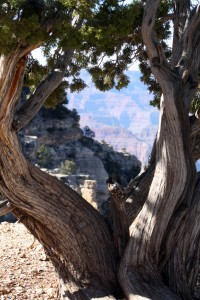 A Willingness to Learn

Holistic development practices have not been given the attention they deserve. Perhaps it’s because to truly approach every web based product from a 360 approach to planning, design, development, testing, marketing, and analytics requires a team of people who not only understand where their part of the wheel fits, but are willing to work together with mutual respect and an eagerness to learn together.

Even the heralded Agile and Lean approaches have their limitations and the process becomes the focus rather than the final end product.  A discussion with software developers about adding accessibility compliance is met with a budget roadblock, when in fact, accessibility compliance standards is a competitive value because more people can use the product.  Creating and testing a hypothesis, making changes, testing again and making choices based on data works for the Now timeline, but what about the Future one when technology leaps into new dimensions?   What comes after viewports for 360 screens?  Why should a developer care?  Why would an SEO care?

For me, what motivates people to use a web product is something I find fascinating. Apparently one search engine is just as curious.

President at Creative Vision Web Consulting, LLC
Kim Krause Berg is President of Creative Vision Web Consulting, LLC, where she provides website usability testing and consulting services. She has 20 years’ experience in web design, SEO, information architecture, software application testing and accessibility. She is the founder and administrator for Cre8asiteforums.com, owned by Internet Marketing Ninjas. When not speaking, writing or researching, she is riding off-the-track racehorses and training them for new careers.

Google has released a new version of the Google quality rater guidelines, a year after the last … END_OF_DOCUMENT_TOKEN_TO_BE_REPLACED