You are here: Home / Mobile / Snapchat Wants to Move Into Sponsored Content

Snapchat wants to move into the content market, and are approaching various companies about hosting their content within their Snapchat app – and they are courting companies that not only deal with video and images, but companies for text articles too.

Plans for Snapchat Discovery became known during the summer, with plans for a November launch rumored.  But Discovery would not only host content, but it would be a vehicle for serving ads to users, another area they have recently begun experimenting with.  They are currently

According to this mockup courtesy of Digiday, they have approached many companies about the content plan for Snapchat. 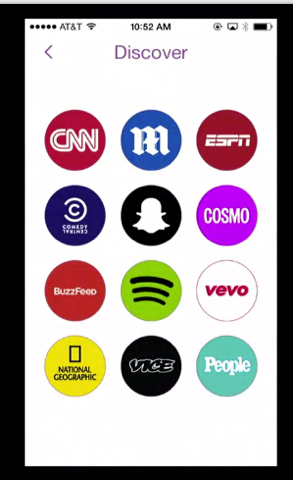 The potential content partners include sites such as Buzzfeed, Vevo and Comedy Central, which feature a great deal of imagery and video content, but also sites like Cosmo and People which have a heavier text emphasis.  Other sites include CNN, ESPN, The Daily Mail, National Geographic and Spotify.  Some of the content would be created specifically for Snapchat Discovery as part of the partnership.

Content offered would be time-limited, similarly to how photos and videos within Snapchat are time limited, as a way to encourage users to check back frequently for new articles.

One thing that isn’t addressed is whether or not the typical Snapchat user would be interested in content, even if it is exclusively available on Snapchat.  And considering Snapchat is such a quick visual app, it is a pretty big jump that users who are used to viewing 5-10 second videos or photo montages would stick around to read an entire article in the same app.

We finally have the first Google Quality Rater Guidelines update of 2022, and like usual, it is … END_OF_DOCUMENT_TOKEN_TO_BE_REPLACED