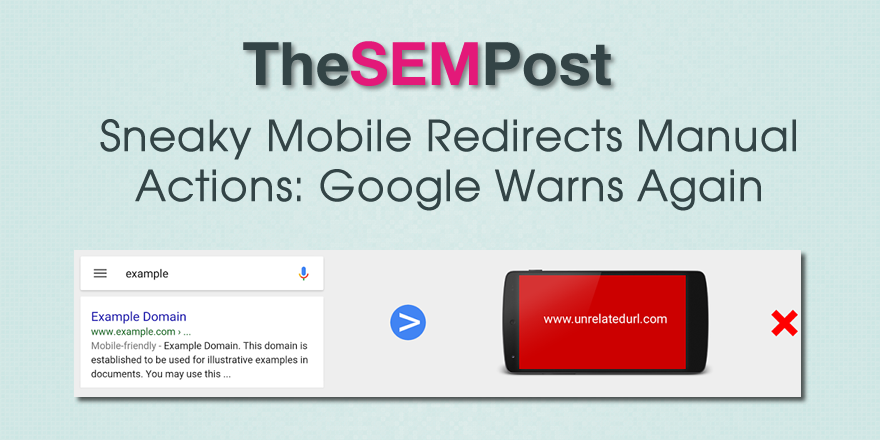 Are you doing something sneaky with your mobile visitors by sending them off to third party sites, either intentionally or accidentally through a site being hacked?  Google is warning again about sneaky mobile redirects in a new post on Google+.

Google is specifically targeting sites where the desktop version is working as intended, but for someone coming from the mobile search results, instead of going to the site as expected, they are redirected to a third party URL. 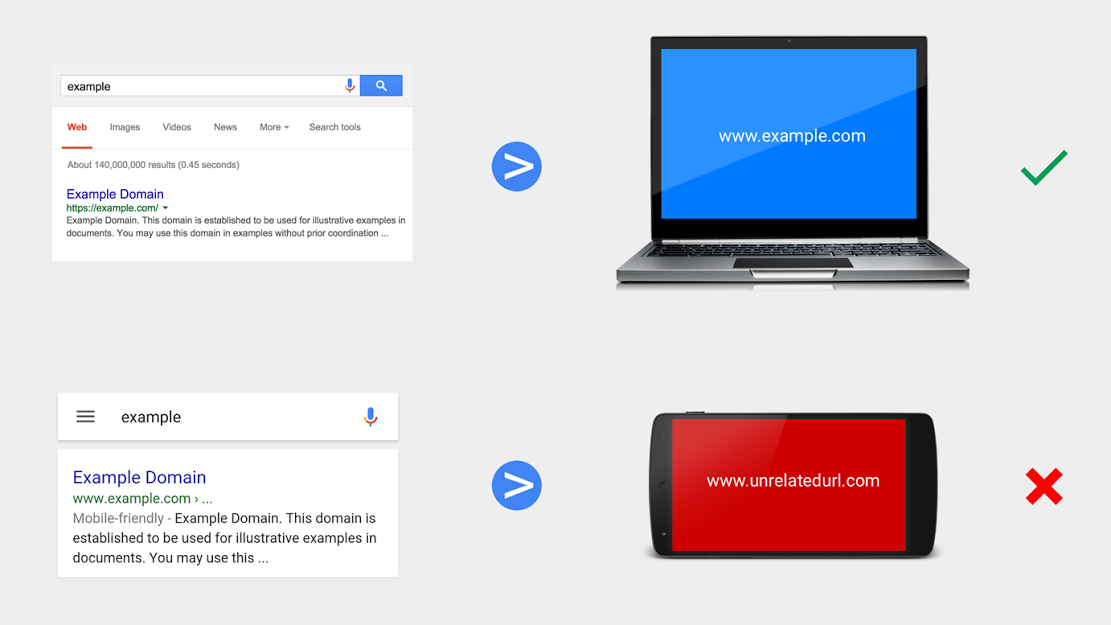 Google first warned about this issue back in October with a blog post, but this new alert is simply a reminder.

As mentioned in Webspam Report 2015 (https://goo.gl/dtZyAz), spam reports from users are an important part of our spam-fighting efforts. They often help us surface issues that frustrate users – like the trend of websites redirecting mobile users to other, often spammy domains.

To combat this trend, we have been taking action on sites that sneakily redirect users in this way. If your site has been affected, read this Help Center article on detecting and getting rid of unwanted sneaky mobile redirects: https://support.google.com/webmasters/answer/6388720.

That said, if the issue is do to a site being hacked, the site could also end up with a hacked site manual action as well.  And it isn’t uncommon for hackers to recently have it so only traffic coming from a Google referral gets redirected, which makes it much harder for site owners to spot the issue since most visit their sites directly and not via the search results.

We finally have the first Google Quality Rater Guidelines update of 2022, and like usual, it is … END_OF_DOCUMENT_TOKEN_TO_BE_REPLACED