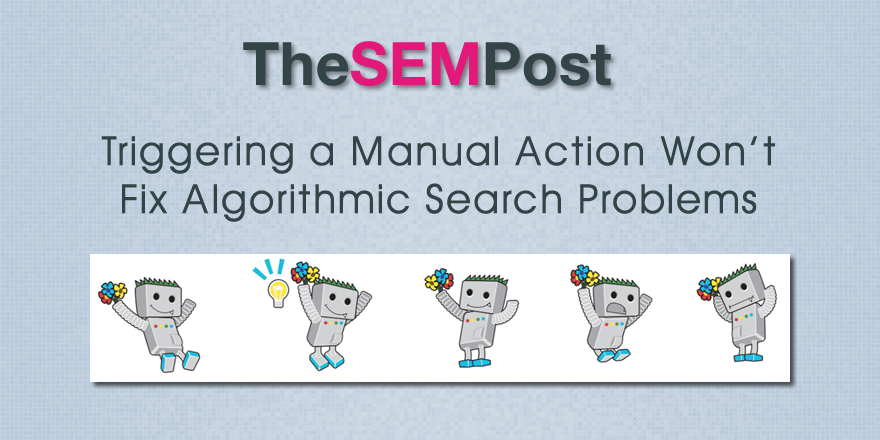 Normally SEOs don’t set out to trigger a Google manual action unless they are specifically testing something.  But Gary Illyes was asked an interesting question on Twitter.  If a site had some kind of algorithmic penalty, would causing a manual action, then fixing it, cause the algorithmic issue to be lifted?

As you can imagine, the answer is no.  An algorithmic issue is just that – an algorithmic issue.  Filing a reconsideration request to fix a manual action, whether it is for pure spam, schema markup spam or one of the many other manual actions, would only fix that one issue, not anything else that impacts the site positively or negatively.

@DonHalbert it wouldn't change a thing. Rankings aren't constant, just coz something's changed, it doesn't mean something is broken @JohnMu

If you have lost rankings due to algo changes, you can sometimes get a better idea of what might have happened if you can correspond a date to one of the known ones.  However, even then, some algo changes even with known dates are just speculations by the SEO industry.

But if you can’t identify anything specific, and there are no manual actions, then work on improving the qualitty on the site as a whole.

Google has released a brand new version of the Quality Rater Guidelines, the third one this year.  … END_OF_DOCUMENT_TOKEN_TO_BE_REPLACED