Twitter also plans to run the Twitter ads on Yahoo Japan, however there are no additional details on exactly where these placements are – such as mobile only – and if they are replacing other ads sources currently running on Yahoo Japan.  Currently, Yahoo Japan does not run syndicated Twitter content.

The Twitter ads being displayed outside Twitter, such as the ones on Flipboard, look almost identical to the Twitter mobile ads we are already familiar with. 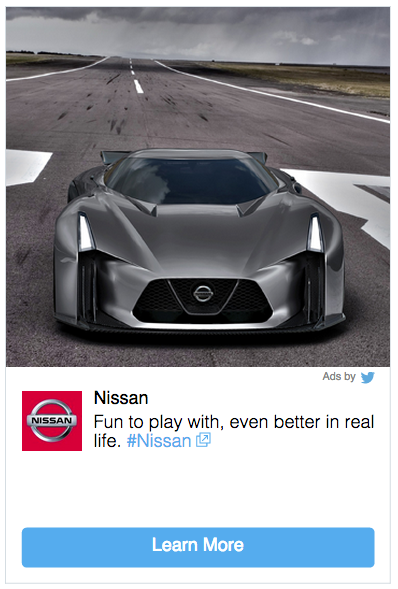 Flipboard is happy with the results they have seen so far.

For some media partners like Flipboard, it’s another way to earn ad dollars. Flipboard, which already sells its own full-screen ads in other parts of its app, said the promoted tweets will appear in a designated section where a user’s Twitter content is shown.

“The biggest thing we get out of it is for the first time getting access to promoted tweets,” said Eric Feng, chief technology officer at Flipboard. “It’s been performing incredibly well so for us to have access to that unit inside of Flipboard is incredibly powerful in terms of expanding our monetization capabilities inside of our app.”

These ads aren’t open to everybody at this time. Select advertisers are working with Twitter individually for these third-party ad placements, they aren’t running regular Twitter advertisers ads on Flipboard or elsewhere.

However, it is very likely that Twitter could turn an option on it any time, especially as it’s trying to bump up at revenue. But for the present, Twitter advertisers do not need to worry that their ads can show up outside of Twitter itself.

We finally have the first Google Quality Rater Guidelines update of 2022, and like usual, it is … END_OF_DOCUMENT_TOKEN_TO_BE_REPLACED