Twitter desktop users have been accustomed to seeing the box for typing a new tweet sitting in the left sidebar.  But Twitter has now moved the box to the middle column, appearing above the tweet stream.

The change also makes Twitter look much closer in layout to Facebook, which has their new update box above the news feed.  But it does draw user’s attention away from the trending hashtags, which appeared directly below the old left sidebar position of the new tweet box.

It just got easier to Tweet on http://t.co/SlNTFacp9A. You can now compose new Tweets at the top of your home timeline. 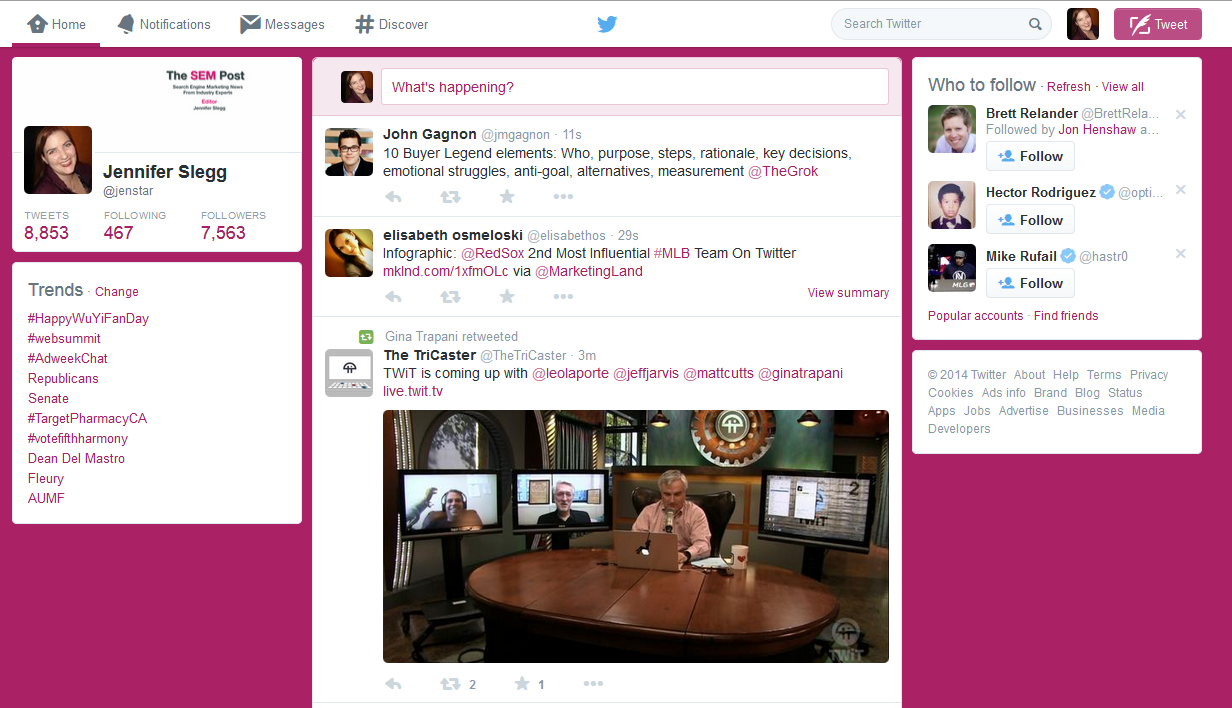 And here is how it looks once you click on the text box field and it expands.

And here is what it looked like earlier in the day.

Twitter’s biggest challenge is how to make their service more user friendly towards new users.  The stats for new users converting into regular Twitter users is much smaller than the company would like.

To try and combat the problem keeping new users engaged and on the site, they have added better help files and streamlined their signup process to help guide new users to show how they should be using the service.  They have also been testing new features, such as showing descriptive hashtags to help explain what specific hashtags mean and testing the term “share” instead of “retweet”.

Google has released a brand new version of the Quality Rater Guidelines, the third one this year.  … END_OF_DOCUMENT_TOKEN_TO_BE_REPLACED