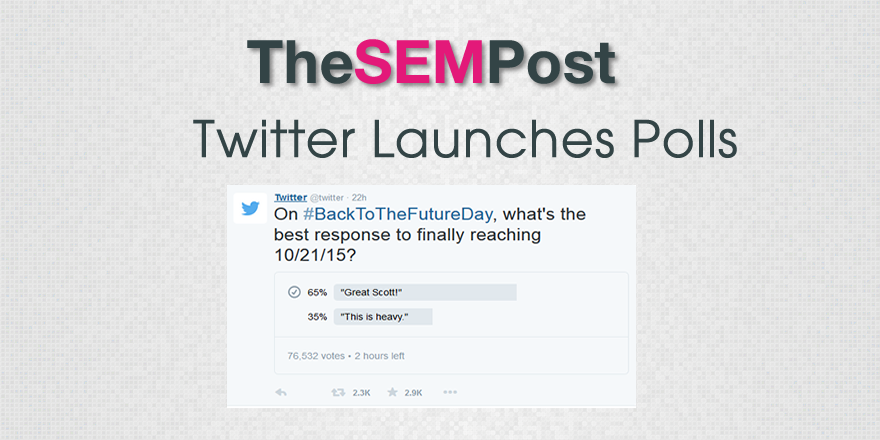 We first saw Twitter testing polls within the tweet a month ago. And now they are rolling it out to all users. So be prepared to be bombarded with a time of useless twitter polls in the very near future.

It is being rolled out within the next couple of days, and once it has been enabled on your account, you simply click on the hold button to create your own. It will appear beside the “Media” and “Location” icons and links underneath the box for creating a tweet.

There are definitely some major flaws with how Twitter has implemented these polls which make them less attractive than previously thought.

if you want to give your followers anything more than two options, you are out of luck.   Unbelievably, you can only include two options in the polls. While some are hopeful this could be increased in the future, launching with only two options definitely limits the usefulness.

It does show how long is left to vote in the vote box. 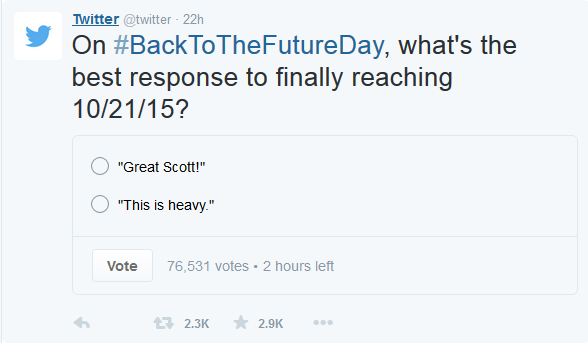 Also notable is the fact that Twitter’s own TweetDeck does not offer functionality for these polls.

Users cannot see the results for these polls until they actually place a vote themselves. Will this result in fake vote simply from those who want to see the results? Possibly. But then put Twitter polls are not really meant to be scientific or absolute. 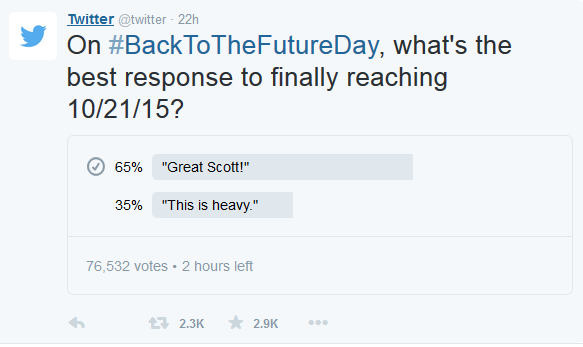 And no, no one can tell which way you voted in a poll.

It is believed polls will be available internationally once they finish rolling it out.

Google has released a new version of the Google quality rater guidelines, a year after the last … END_OF_DOCUMENT_TOKEN_TO_BE_REPLACED