One of the pain points about retweeting was the inability to add a comment to the retweet, unless you happened to be using one of the 3rd party tools that allows it.  But Twitter has now made this practice standard.

Now, when someone clicks the retweet link, they see an option come up for a comment. 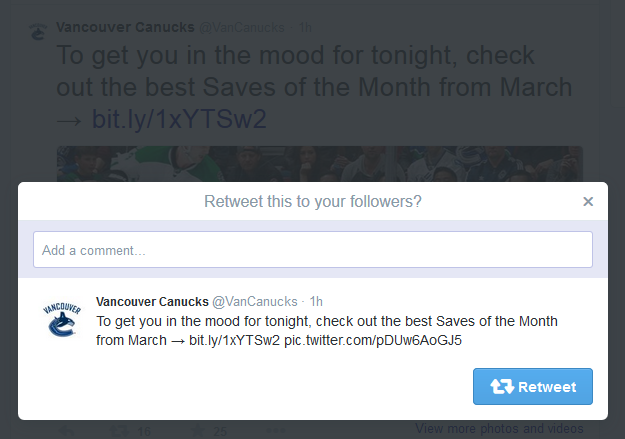 However, the way the retweets are displayed are different compared to how people did a workaround.  Usually, people would add a few words for a comment to a tweet, then add RT @username <original tweet>.  But now Twitter will embed the retweet below it.

The tweet that is retweeted doesn’t stand out in the news stream very much at all, especially since the avatar of the original tweet author is removed in the retweet.  So it is a nice feature to see, but the regular retweets are likely going to see higher engagements.