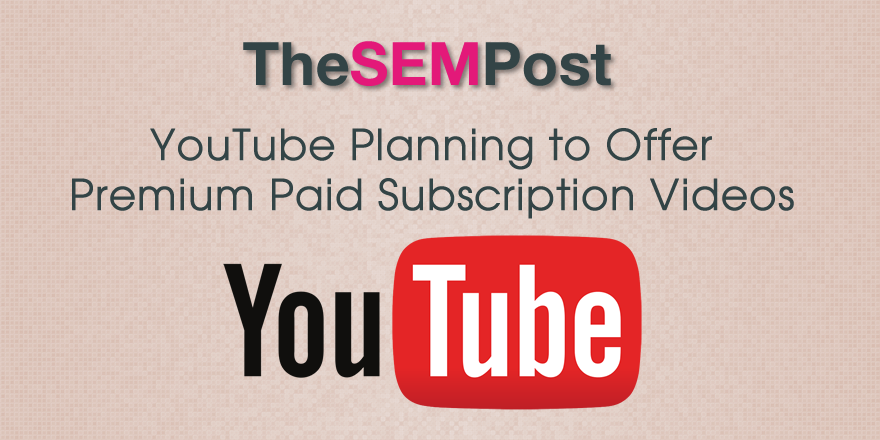 We have been getting new details about YouTube’s plans for an ad-free subscription service… but now we know of another new feature that goes along with that subscription – premium content.

It is unclear if YouTube video creators can take advantage of this.  But if they could, I could easily see YouTube becoming the “go to” place for creators to publish their content, since so many already have a fan base on YouTube.  And it would make it much harder for competitors to sway some of those YouTube stars into leaving.  And YouTube creators who earn revenue from the platform from advertising already had to opt-in to the subscription platform.

Industry sources say the programming is the product of an initiative the site announced last year, when YouTube said it would “fund new content from some of our top creators.”

At the time, YouTube didn’t say that stuff it was funding would be placed behind a paywall. But industry sources say the site now intends to use at least some of the content it is bankrolling as a bonus for its premium subscription service, which will also include features like ad-free videos.

It sounds as though premium content won’t be going live until 2016.  And while the launch of the subscription program was initially believed to be this year, it could be pushed back to 2016.

YouTube is believed to be announcing the news on October 21 at an event in Los Angeles.

Google has released a new version of the Google quality rater guidelines, a year after the last … END_OF_DOCUMENT_TOKEN_TO_BE_REPLACED