Shopping campaigns can be pretty tedious to set up, to say the least. Up until recently, there was very little functionality for shopping campaigns in the AdWords editor and there are still features to be desired.  It isn’t unusual to come across campaigns that have been structured with broad groups of products (and it can be tempting to structure campaigns this way to try to save time!) but a hyper granular structure pays off in dividends.  Not convinced? Read on! 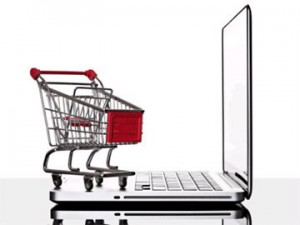 Our client is a premium retailer for a multitude of brands. The site is e-commerce but a high percentage of sales are made by phone.  When we took over the account, there was one PLA campaign and it was structured in such a way that each brand had one ad group.  In this structure, all of the like-branded products were housed within said ad group.

The PLA campaign was one of the top performing campaigns but we believed there was still opportunity for growth with an improved structure.

We built new campaigns for each brand.  Each campaign was structured so that every product was contained in its own ad group – excluding all other product targets. This allowed us to write ad copy specific to each of the products. Beyond that, it allowed us to see so much more data at a glance, without downloading and analyzing tables from the dimensions report so we could make quick and easy changes.

*Extra Bonus – Using Acquisio, we’re able to pull in call data as well as transaction/revenue data so that we can see the most import KPI’s in one place and make adjustments. The set up is not a necessary component of this structure but it was undeniably useful since calls are key to campaign success.

We took the data from two weeks after the restructures and compared it to the two weeks prior.

Here’s what we found:

All of our primary KPIs showed improvement after the restructure. Furthermore, we expect the campaign performance to continue to improve as we make optimizations. We haven’t yet been in a situation that required us to limit one brand’s budget in favor of another but we feel confident that the budget control will be beneficial in the future.

How do you structure your PLA campaigns? We’d love to hear about your learnings and success stories in the comments!

Senior Manager: Audits, Outbound, Training at Clix Marketing
Amy has run the digital marketing gamut, with integrated experience across several industries, including management of start-ups to Fortune 500 companies. Before joining Clix, Amy was an Account Supervisor at Hanapin Marketing and an Account Director at DAC Group. Amy’s previous roles have included responsibilities in account leadership and strategy, team management, reporting and data analysis, training, blogging, new business and project process/efficiency. When Amy isn’t nerding out, she enjoys traveling, spending time in the great outdoors and cheering for Purdue. You can find Amy speaking at HeroConf 2015 and tweeting as @hoffman8.

Amy has run the digital marketing gamut, with integrated experience across several industries, including management of start-ups to Fortune 500 companies.

When Amy isn’t nerding out, she enjoys traveling, spending time in the great outdoors and cheering for Purdue.

You can find Amy speaking at HeroConf 2015 and tweeting as @hoffman8.