You are here: Home / Local / Restructuring PPC To Improve Performance by Geography: A Case Study 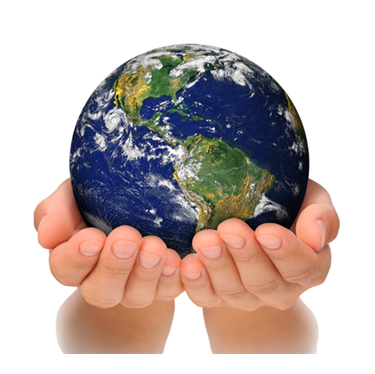 When analyzing campaign performance by geography, it isn’t uncommon to find that some locations are more competitive than others. Sometimes a simple bid modifier does the trick but certain situations call for more. Recently, we isolated high volume, high CPA geographies into separate campaigns in an effort to improve lead volume and CPA across said geographies in addition to the remaining geos. The case study below details our results.

In this particular test, the client is an e-commerce platform with no physical locations. The client is unaffected by seasonality.

In looking for expansion opportunities, we found that the client had a lot of unrealized potential in Texas. The Texas campaigns were capped because the CPA was inefficient but we knew there was more volume to be had, if we could improve the CPA. When we took a look at the highest conversion-volume cities we, no surprise, found some of Texas’ largest metros: Dallas, Houston and Texas. Unfortunately, their CPAs were too high. We also found that many other cities were converting at a lower cost, albeit with lower conversion volume.

We decided to create separate campaigns for Dallas, Houston and Texas, hypothesizing that:

With the context of the situation and our hypotheses in mind, we duplicated the previous campaigns to create separate campaigns for Dallas, Houston and Austin. We kept the original campaign, excluding the aforementioned locations.

As data accumulated in our new campaigns, we focused on weeding out underperforming keywords and adjusting time of day and mobile modifiers for each campaign. We adjusted bids across all four campaigns to find the sweet spot between position and return.

Our hypotheses were confirmed once we analyzed the data post-restructure.

Calendar Month Prior To The Restructure

All three major metros showed improvement in both conversion volume and CPA. Within these three cities, on average, conversions increased by 145 (52%) and CPA decreased by $17.20 (28%).

Moreover, conversions increased throughout the lower volume geographies by 68 (37%) and the average CPA decreased by $19.61 (30%).

In conclusion, our hypotheses were correct. We were able to increase conversion volume and efficiency by separating out high-volume, high-cost geographies into separate campaigns.

Since the restructure is still fairly fresh, we expect the campaigns to continue to improve as they build history and especially as we implement additional optimization strategies and tests, including but not limited to localized ad copy and sitelinks.

Have you had success in separating out campaigns by geography? We’d love to hear about your experiences in the comments!

Senior Manager: Audits, Outbound, Training at Clix Marketing
Amy has run the digital marketing gamut, with integrated experience across several industries, including management of start-ups to Fortune 500 companies. Before joining Clix, Amy was an Account Supervisor at Hanapin Marketing and an Account Director at DAC Group. Amy’s previous roles have included responsibilities in account leadership and strategy, team management, reporting and data analysis, training, blogging, new business and project process/efficiency. When Amy isn’t nerding out, she enjoys traveling, spending time in the great outdoors and cheering for Purdue. You can find Amy speaking at HeroConf 2015 and tweeting as @hoffman8.

Amy has run the digital marketing gamut, with integrated experience across several industries, including management of start-ups to Fortune 500 companies.

When Amy isn’t nerding out, she enjoys traveling, spending time in the great outdoors and cheering for Purdue.

You can find Amy speaking at HeroConf 2015 and tweeting as @hoffman8.

We finally have the first Google Quality Rater Guidelines update of 2022, and like usual, it is … END_OF_DOCUMENT_TOKEN_TO_BE_REPLACED