You are here: Home / Google / The Evolution of Google AdWords Agency Reps

In the dinosaur ages of Google AdWords (early 2000’s), my small paid search company was assigned our first Google agency team. I loved the idea of having someone I could talk to who could help me resolve client problems quickly. In my case, by the time I needed Google support, I was way past the capabilities and understanding of the Google help team at that time. The main purpose of my Google team in those days was to send my support request straight to the technical team.

My Google team was also the first to hear my rant when I realized that Google’s definition of a search partner included parked domains. At that time, I saw no value in having my client pay for clicks from parked domains. I demanded that Google change their policy. I knew that I was a small voice hoping for big changes but from experience, I also knew that Google listened through their agency teams. After my rant, I threatened to turn off Search Partners for EVERY client unless Google changed their policy. Within a week, I had a huge box delivered to my office. It was full of Google swag including pens, coffee mugs, t-shirts and lava lamps but it wasn’t enough to win me over to their new definition of search. I left partner search turned off for (most of) my clients for the next several years out of protest.

Large Agencies and Dozens of Reps

From 2007 to 2008 I worked at iCrossing as a media manager. I was in Google Rep heaven! I had over a dozen different Google “teams” that I worked with. Each vertical had a different team. One of my clients had four separate teams! When one team was slow, another one of my favorite reps would always come through for me with that report that I needed yesterday.

Google Reps – From Support to Sales 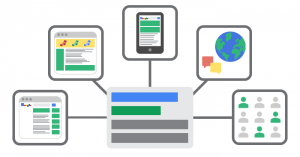 Do you remember when Google tried to go around the agencies and began offering to set up and manage all kinds of new accounts for our clients (display, YouTube, widgets, to name a few)? I decided to go straight to my Google reps before they could get to my clients and I worked out a deal with them. I would help make all the arrangements for the Google reps to come to Dallas to meet with the client and to pitch one of their newest AdWords strategies. My agency’s team had averaged one to three company reps at our meetings. When Google showed up with swag and arranged for lunch at the Mansion, our client brought in 15 people for the presentation and lunch. It was a win, win, win for all of us that day.

iCrossing also had one AdWords rep assigned to the agency. She was our source for updates, betas, training and she could help with arranging support if we needed technical support for a client. She and I hit it off during the time when agencies were beginning to warm up to the idea of the “content network” (now known as the display network). She was a tremendous resource for me and I provided some great feedback to Google on the agency perception about their content network during that time frame.

Changes – No Reps For Small Agencies

When I got laid off in late 2008, I started accepting small paid search clients again. This time, my company wasn’t large enough for AdWords agency reps. With a new focus on revenue growth opportunities, instead of client account support; Google only assigned agency reps to very large agencies and accounts. If your client base was too small (and mine was), your agency had to call the same 800 number and go through the same Google support email that everyone else did. For me…that was really tough after working with great Google agency reps for so many years. 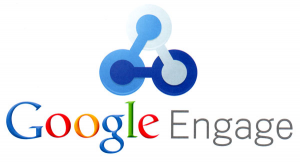 In 2011, AdWords introduced Google Engage for Agencies. What I liked more than anything during those years was the information. For the first time since I had started working with Google AdWords, I got a head’s up before most major Google updates. In the past I would just wake up and have half my client accounts completely down because Google had decided to stop allowing something we had been doing for months or even years. With Engage, I could plan ahead for changes that I knew were coming.

Engage was also a way for AdWords to start teaching smaller Agencies how to pitch AdWords and upsell new services. Through Engage, Google began to give away free money to encourage agencies to sign up new clients.

I have been through three sets of Google reps since the first reps were assigned to Advice Interactive Group in October of 2013. I teased my Advice paid search team that our first assigned Google rep was 5 months old. She had just graduated from college and had been with Google for five months. In spite of her age and lack of experience, the one thing she knew was how much power she had as my Google rep…power as in getting what she wanted from me and from our agency. I have no doubt that she had goals and incentives and if our agency didn’t help her meet them, we weren’t going to get what we needed from her. She never had to say that to me…it was unspoken but understood. She and I hit it off and she ended up being a great source of information, especially about beta opportunities. One of the things she sent me every month was a “health” report for client accounts and I really appreciate that report because it tells me exactly how Google sees my AdWords accounts.

Somewhere in the mix of my early Advice Google reps I was assigned an additional team to help build out new accounts. My first build outs were a disaster. Google’s keywords and ad copy were not even close to being on target with the client’s business model. My team salvaged what we could and rebuilt all the campaigns.

My second full set of Google reps at Advice was really good. I had a new account build out done in collaboration with AdMob and my team learned a lot from that build out. For another traditional paid search campaign, Google’s agency support team was invaluable even though we treated their build-out as a foundation and finished out the campaigns with all the extensions, site links, remarketing and then restructured it to work with our bid management platform. 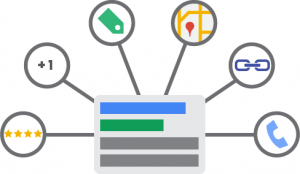 Last Friday I got on a call with my two new reps. I pulled up one of their LinkedIn profiles to get to know them. Google has gotten really smart. If the new reps all fit my new agency rep’s career path with Google, then Google starts them all in sales first. If they are good, the rep moves up the ladder to something like small business development (another form of sales). Then they move them into the agency rep model. Of course, as an agency, I am expecting support. But from our introductory call, the new agency rep made it clear what his goals are…to grow my client accounts. I’m certainly not against growing my client accounts but I’ve learned that the more open I am to recommendations that bring in new accounts or expand existing accounts, the more responsive my Google reps are. If I start losing accounts or that big deal doesn’t come through…it’s hard to get them to reply to my emails.

Getting the Most From Your Google Adwords Agency Reps

What has your experience been over the years with Google Agency Reps? Has it been good? Bad? How has it changed? What are your tips?

Owner at Shelley Ellis Consulting
Shelley Ellis is the owner of Shelley Ellis Consulting where she integrates cutting edge paid search, display network and retargeting strategies into her client accounts, giving them a competitive edge in an ever increasingly competitive digital space. Shelley is available for high level AdWords audits (including paid search, display and remarketing) and for various AdWords strategy consultations. Shelley has 15+ years in online marketing with experience across PPC, display advertising and retargeting. She writes and speaks on strategies for the Google display network and retargeting as well as SEO, PPC, mobile and video marketing. It is easy to spot this Texas girl in a crowd, she'll be wearing her cowboy hats and boots wherever she goes!

Google has released a new version of the Google quality rater guidelines, a year after the last … END_OF_DOCUMENT_TOKEN_TO_BE_REPLACED