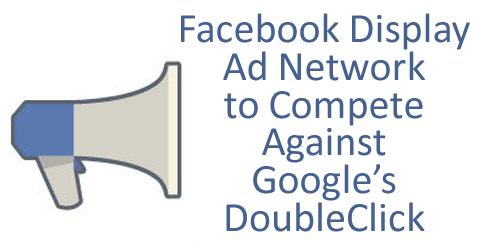 Facebook is planning a display ad network they see as competing against Google’s DoubleClick Network.

In 2013, Facebook bought ad serving company Atlas from Microsoft, and is using it as the backbone of their new ad service, an acquisition many saw as a way to expand their ad serving business.  However, Sheryl Sanderg, Facebook’s COO, at the time said there were no plans for Facebook to serve ads on third party websites, and the purchase was to draw on their measurement and analytics tools.

The social network is said to unveil a new set of features that aimed at competing with Google’s display advertising platform DoubleClick  as early as September.

One of these new features will be a “demand-side platform,” which is a system that lets advertisers make automated bids for ad inventory. This demand-side platform would be designed to specifically compete with Google’s DoubleClick Bid Manager.

Facebook already has a large network of advertisers who are currently advertising on Facebook, so they have a significant advertiser base already built up that would make a DoubleClick-like network feasible.  However, the big question is whether the network would only run on Facebook or whether they will approach third party websites in order to have multiple outlets for their ad serving.

This comes hot on the heals of another high profile bid to take some of Google’s market share in the ad serving space away as Amazon is also reportedly working on a sponsored link competitor.

Google has released a new version of the Google quality rater guidelines, a year after the last … END_OF_DOCUMENT_TOKEN_TO_BE_REPLACED