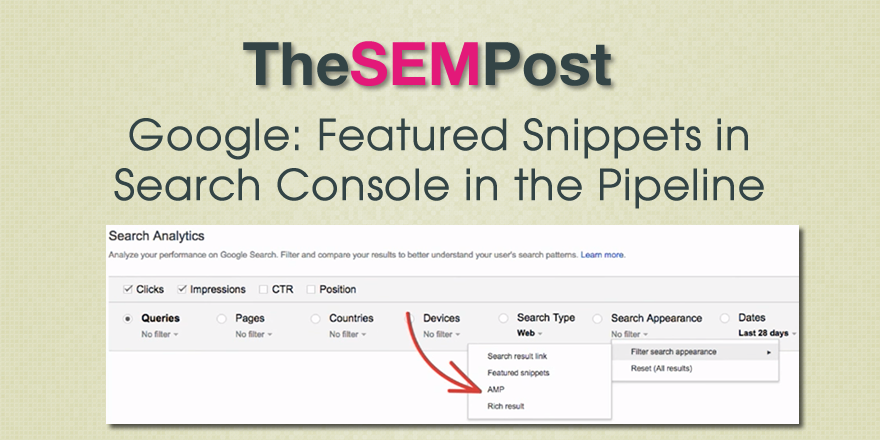 We are working for quite some time on improving Search Analytics and trying to make it better and more useful for people.  I know it’s in the pipeline to release data on featured snippets for example.

Last October, Illyes talked about the possibility of adding featured snippet information to Search Console, which he then said was “quarters away.”

There is no timeline for when site owners might see this in Search Console, but with the new comments by Illyes referring to it as being “in the pipeline” and the screenshots from the I/O AMP presentation, it could be something site owners see sooner rather than later.  That said, it could still be more quarters away… but it is coming.

We finally have the first Google Quality Rater Guidelines update of 2022, and like usual, it is … END_OF_DOCUMENT_TOKEN_TO_BE_REPLACED