You are here: Home / Google / Analytics / Google Analytics Is Now A Suite of Products 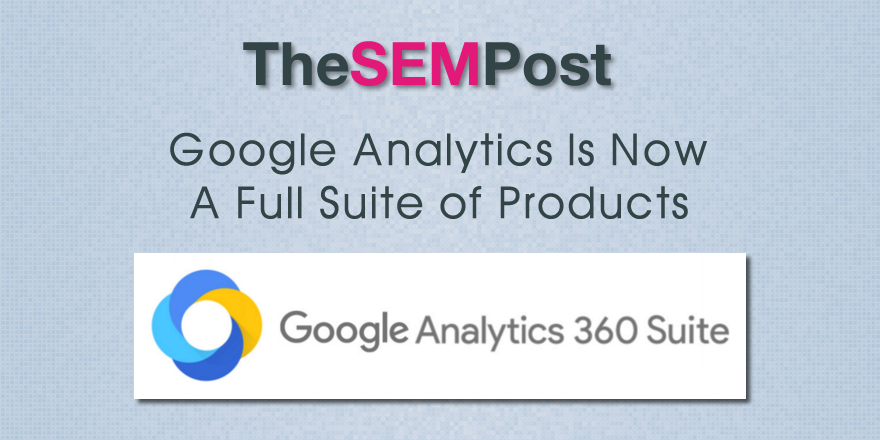 Focused around their “Micro-moments” initiative, Google Analytics 360 is promoting the ability to know consumer behavior throughout every moment.

All the products are integrated into the Google Analytics 360 Suite, complete with overview dashboard and accessed by a unified menu. 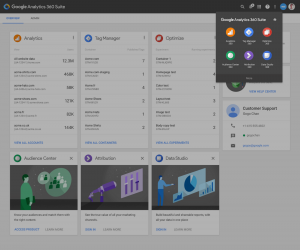 Designed to be an enterprise-level total Analytics solution, the Google Analytics team is aiming to provide powerful tools to help measure the complete customer journey with a familiar easy-to-use interface.

Moreover, the various products of Google Analytics 360 Suite offer native integration with AdWords, DoubleClick, Google Docs and allow API hooks and other integration for many third-party data providers. The result? You’ll be able to see more visual representation of all your data with Google Analytics ecommerce graphs alongside CRM tables and retargeting data.

In one fell swoop, Google Analytics has now put themselves in a position not only to compete with Adobe Marketing cloud, but also against Optimizely, BlueKai, Salesforce and a host of others.

And this is just the beginning. According to Paul Muret, Google’s VP of Analytics, Video and Display products, Google will continue to invest heavily in new products, features, and functionality.

Roll Out and Pricing

The new products—Audience Center 360, Optimize 360, and Data Studio 360—are available today in what is being called – (what else?) – limited BETA. Public availability for the entire suite of products is not yet known, nor is pricing information. Eventually, the products will eventually be offered a la carte, though neither a date, nor pricing has been stated.

Current Analytics Premium and Adometry users will start to see these products updated slowly over the next few months. The product names and interface elements will certainly be changing.

SEO & Digital Analytics Expert. Find him at at Thom Craver
A self-proclaimed marketing guy in a geeks body with nearly 20 years in HTML and Web experience, very few people have the unique perspectives on making the Web work for business than Thom. A seasoned techincal SEO and digital analytics veteran, Thom has been building Websites since 1993 and been involved with SEO since 1999. A serial entrepreneur, Thom has owned and operated two successful companies and been involved with several start-ups. He has taught for several major universities and colleges, trains and speaks regularly at Industry events and is a veteran of TEDx. In addition to The SEM Post, Thom's writing credits include popular industry news and blog sits and he's ghost written over a dozen technical training manuals. His newest venture Learn With Thom offers a self-paced online learning platform to learn Google Analytics.

We finally have the first Google Quality Rater Guidelines update of 2022, and like usual, it is … END_OF_DOCUMENT_TOKEN_TO_BE_REPLACED