You are here: Home / Google / What is Coming to Google Search Console? Includes 90+ Days of Data 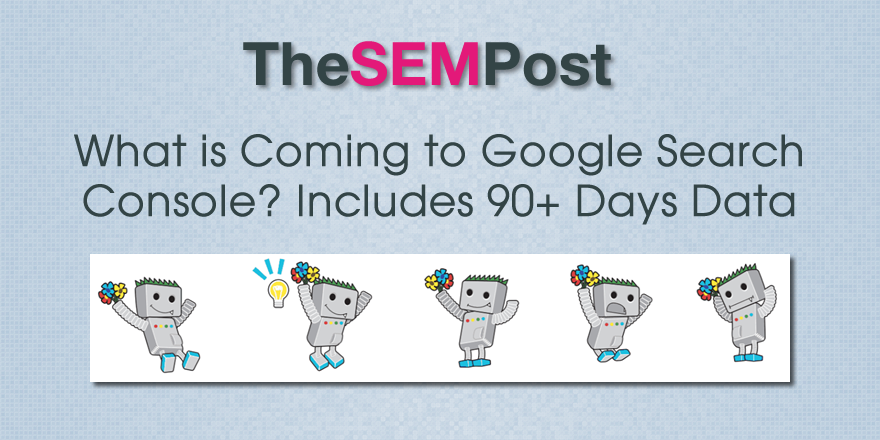 What is in the works to be added to Google Search Console?  At Big Digital Adelaide, I had the opportunity to have a fireside keynote chat with Gary Illyes from Google, and one of the things I asked was what was coming to Google Search Console.  He mentioned some backend things that the team was working on, and he mentioned bringing more than 90 days worth of data to Search Analytics.

Earlier this year, Zineb requested information from site owners about the possibility of adding more days to Search Analytics, specifically asking what users would do with the extra data.  But since then, we haven’t heard much about it.

Here is what Gary said about what is coming to Search Console.

We are working for quite some time on improving Search Analytics and trying to make it better and more useful for people.

I know it’s in the pipeline to release data on Featured Snippets for example.  I think also voice data, but I’m not 100% sure on that.

What else? I know the guys are doing lots of backend stuff, moving to new infrastructure to enable themselves it iterate faster. So I think most of the backend engineers are focused on that nowadays instead of launching features.

But yeah, I think the main focus is Search Analytics and potentially giving the users more and more data.

I then asked, “Does more and more data include more than 90 days?” And Illyes responded “Yes.”

To the best of my knowledge, that is also in the pipeline.

Illyes also commented that it is something they have also been requesting for some time.  So hopefully the new backend infrastructure will add more than 90 days reporting.

The voice search data he mentioned is one that John Mueller had talked about before, but there were some issues that made adding voice data more difficult, primarily the length of the queries and the fact that many of those exact searches aren’t seen very often, which could end up being filtered out.

It is always nice to hear about what is up and coming for Search Console, often it is a surprise when we notice something new and exciting showing up.

We finally have the first Google Quality Rater Guidelines update of 2022, and like usual, it is … END_OF_DOCUMENT_TOKEN_TO_BE_REPLACED